Working with traditional leaders, UN Women and partners are building impetus for a continent-wide commitment to end child marriage and female genital mutilation. 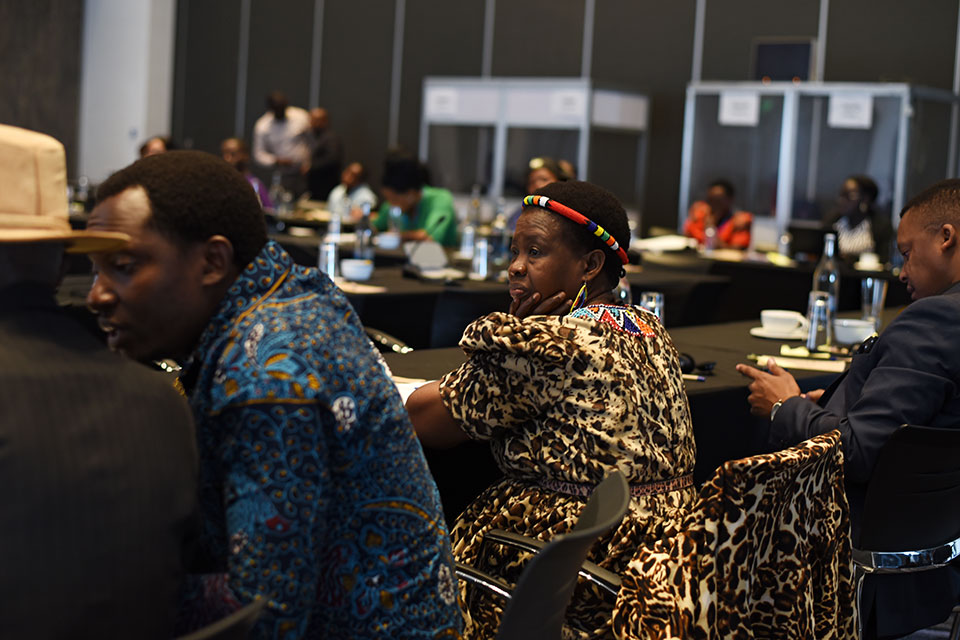 Traditional leaders from 17 African countries come together for a meeting in Nairobi, Kenya, to discuss how to stop harmful practices like child marriage and FGM. Pictured in the centre, Senior Chieftainess Kachindamoto of Malawi. Photo: UN Women/Faith Bwibo

Her name is emblematic of her power: Queen Mother. “When we talk, people listen.  And we say we are going to end these harmful traditional [practices] because they’re not good for our communities—especially early and child marriage.”

One in three young women in Africa are married before they turn 18,[1] and of the 30 countries where female genital mutilation (FGM) is most prevalent, 28 are in Africa.[2] Deep-rooted inequality between the sexes, entrenched cultural beliefs and poverty drive the harmful practice. In many areas, religious and traditional leaders who perform, promote or defend child marriage and FGM are some of the most powerful custodians of these practices. Therefore, they can also be some of the most powerful allies to stamp out these violations.

Queen Mother Best Kemigisa of the Tooro Kingdom, Uganda , is one such ally and a powerful voice in her community. “We have a big role as traditional leaders because we don’t go by laws—we make laws,” she said, during a meeting in Nairobi Kenya, which convened traditional leaders from 17 African countries.

The meeting in Nairobi was a culmination of years of work by UN Women and local and regional organizations to end harmful practices that traumatize, disadvantage and kill millions of girls across Africa.

At the meeting, the traditional leaders had one agenda: to develop a road map for a coordinated and sustainable way to contribute to the African Union (AU)-led campaign to end child marriage, FGM and other harmful cultural practices.

The meeting also highlighted best practices and scaled-up initiatives led by some of the leaders to prevent child marriage and FGM. Like Senior Chief Kachindamoto, who has led a successful initiative in Malawi, annulling more than 2,000 child marriages in her area since 2013. 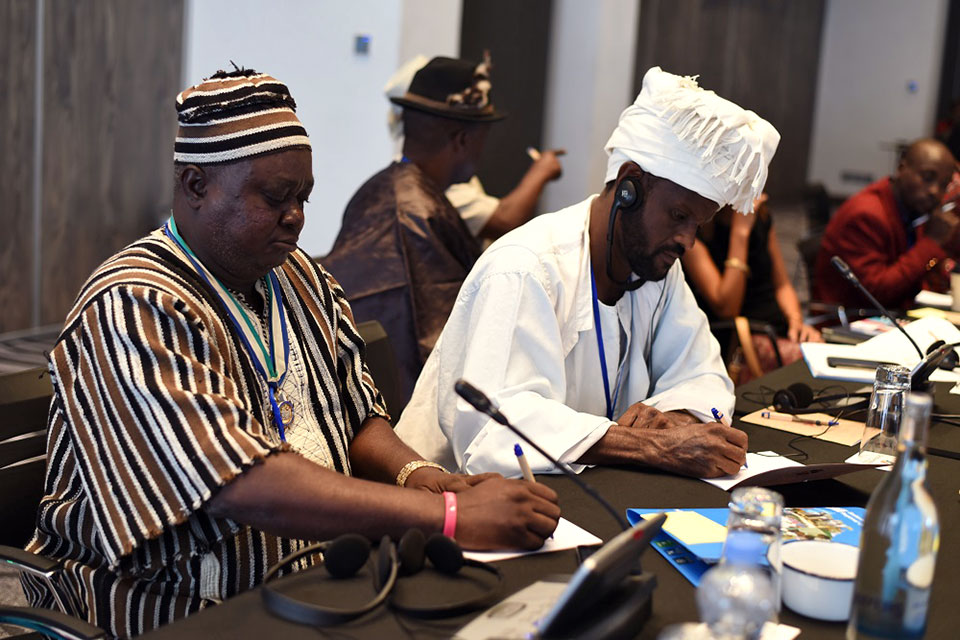 In the Zambia, Chief Chamuka has made similar strides, reducing rates of child marriage and teenage pregnancy. Under his leadership, key community leaders introduced chiefdom bylaws raising the legal age of marriage to 21 and enforcing village registration.

“The bylaws have had great impact on the change in mindset of the people. Because these bylaws are driven by the community and not imposed on them by the Chief,” he explains.

When he took the throne, he said he found 45 girls in early marriages and 209 teenaged pregnancies in his community. But after the bylaws, there has only been one child marriage and eight teen pregnancies.

“[Without] protection of the rights of children, there will be no development in the future,” adds Chief Chamuka. “Culture provides us with a mirror to look backwards and to look forwards. When we look backwards, we have got the roots that give us strength, but some roots may be weaker and those roots are bad practices, so not all traditional practices that we practice are good. Let us ensure that those that are not good, we ban them.”

“All of us come from cultures and traditions… and traditional leaders are the most revered. They have power, the authority, and they have the reach,” explains UN Women Regional Director, Izeduwa Derex-Briggs. “We think that we’ve started rightly by engaging them and getting to hear their own point of view. In just two days you can see converts. You can see people speaking out and saying no.”

Mary Okumu, Country Director, UN Women Sierra Leone, agrees: “When you start from the bottom-up and engage communities in dialogue, in the discourses, you get more traction, because you get the genuine opinions the people that must adapt.”

Hosted by UN Women in collaboration with the Queen Mother Best Foundation (Uganda) and the Institute of African Royalty, the two-day gathering also included civil society leaders and international organizations working on these issues, and facilitated inter-generational exchanges.

Gbenebichie Onetoritsebawoette, a youth leader from Nigeria, says the meeting gave her new perspective: “The knowledge or perception we had of traditional leaders is not the same that I have now,” she says. “I know that they really want to see change. They don’t want to see the negative traditional practices continue. And that has brought hope to my heart.”

“Hearing from different perspectives of the various countries has shown me that we are making headway even if we have a long way to go, but we are getting there,” said Jaha Dukureh, UN Women Africa Goodwill Ambassador against FGM and child marriage, who attended the meeting.  Herself a survivor of FGM and forced into child marriage at age 15, Ms. Dukureh leads advocacy efforts in her own country, Gambia and abroad. Working alongside women’s organizations and youth, she contributed to the Gambian Government’s ban on FGM in 2015. 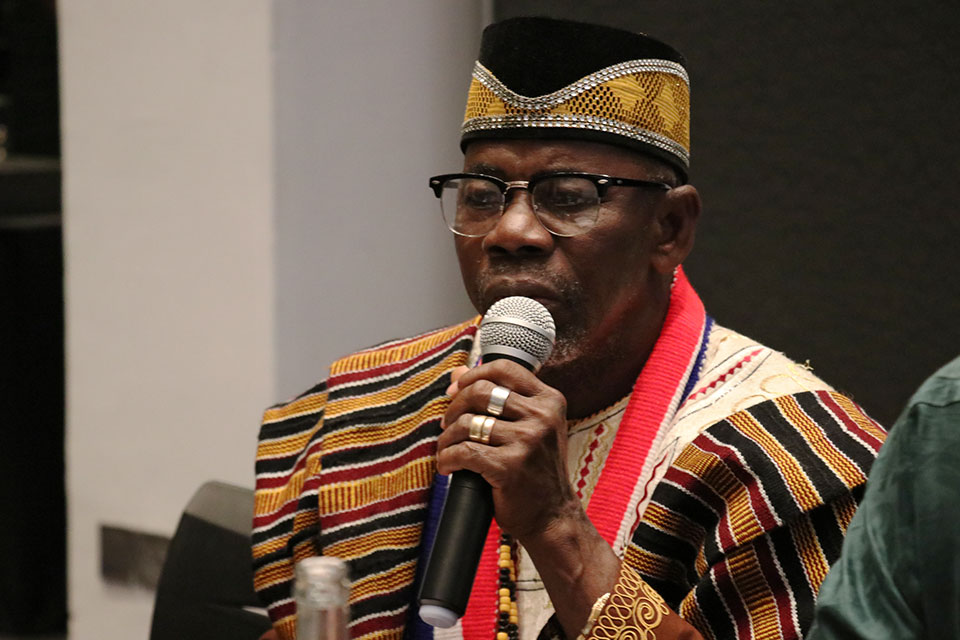 In the upcoming weeks and months, many more UN Women-facilitated dialogues and consultations are taking place at the regional and sub-regional levels, leading up to an Africa-wide pledge by traditional and religious leaders at the AU Heads of State Summit in February 2019 in Addis Ababa.

Nyaradzai Gumbonzvanda, African Union Goodwill Ambassador on Ending Child Marriage recognizes the immense potential that traditional leaders have, in changing norms, passing laws and facilitating access to services within communities, and adds that empowering girls must be at the heart of all these efforts: “Girls need to be economically empowered so they don’t see marriage as an escape out of poverty. A girl should be able to say, ‘I can own a car’ instead of saying: ‘I need to be married with a man who has a car’.”

Related News
20/05/2021
I am Generation Equality: Martha Clara Nakato, advocate for bodily autonomy and sexual and reproductive health rights in Uganda
17/06/2019
UN Women Executive Director calls for action to end female genital mutilation and child marriage in an event in Senegal
19/03/2018
Remarks by Under-Secretary-General of the UN and Executive Director of UN Women, Phumzile Mlambo-Ngcuka, at the CSW62 side event Accelerating Efforts to Eliminate FGM and Child, Early and Forced Marriage by 2030
31/08/2016
Religious leaders at the forefront of ending gender-based violence in Ethiopia
10/10/2012
It takes courage: Ethiopian girls speak out against arranged marriage. The story of Fetura Mohammed
END_OF_DOCUMENT_TOKEN_TO_BE_REPLACED