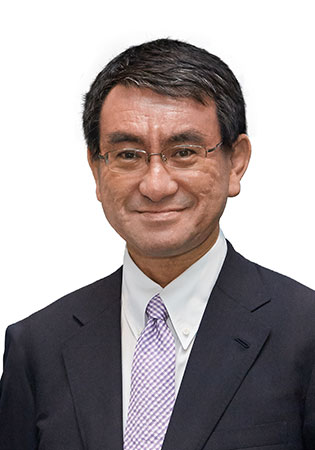 Japan is a vital partner in UN Women’s mission to achieve gender equality and the empowerment of women. UN Women and Japan work together in the areas of humanitarian action, women, peace and security, and preventing violent extremism in Africa, Asia-Pacific and the Arab States. Japan is also a Champion of UN Women’s LEAP (Leadership, Access, Empowerment and Protection in Crisis Response) Flagship Programme as part of its support to humanitarian action. In 2018, Japan contributed to UN Women’s work with over USD 24 million, including close to USD 5.5 million in regular resources. In an interview with UN Women, Japan’s Minister of Foreign Affairs, Taro Kono, highlights why realizing gender equality is an important goal for Japan.

While Japan’s working-age population has been decreasing due to its aging population and low birth rate, many women in Japan want to work if working conditions suit their lifestyle. Japan has been promoting the active participation of women in the workforce, which is expected to invigorate our society and stimulate economic growth.

How do you view UN Women’s global role for gender equality?

Japan has contributed 16 million US dollars to promote LEAP for the last two years. To expand these efforts, we decided to contribute USD 8.7 million to promote women’s resilience including the LEAP programme in 2018.

In pursuing these efforts, UN Women, a strong supporter of women's empowerment in the world, is a reliable partner for Japan.

Gender equality and women’s empowerment is the fifth of the Sustainable Development Goals (SDGs), but it also relates to all other dimensions of the SDGs and is indispensable for their achievement.

In this context, Japan focuses on three priorities through its development cooperation: promoting of women’s and girls’ rights; improving an enabling environment for women and girls to reach their full potential; and advancing women’s leadership in politics, economy and other public fields. Japan aims to expand the outcomes and maximize the effectiveness of development cooperation by incorporating gender perspectives into every area.