Press Release: As global mobilizations soar, UN Women brings survivors of violence and advocates to centre stage on International Day for the Elimination of Violence against Women and Girls

This year’s UN theme, “Orange the World: #HearMeToo” will amplify voices, bringing many more actions and solutions forward during “16 Days of Activism Against Gender-Based Violence” 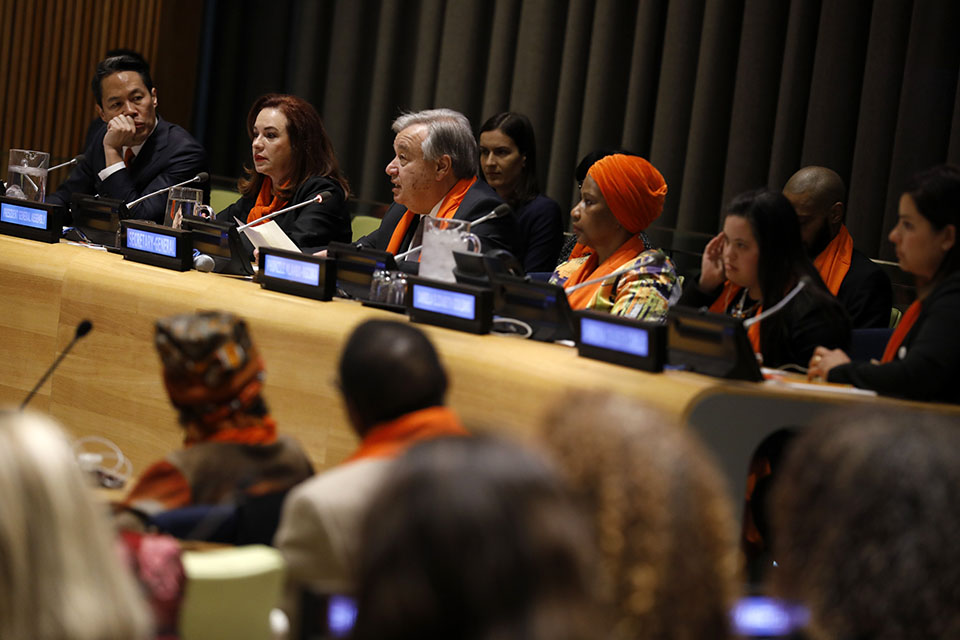 New York, 19 November 2018 — Global movements such as “#MeToo”, “#TimesUp”, “#BalanceTonPorc”, “#NiUnaMenos”, “#HollaBack!” and “#TotalShutdown” and corporate walk-outs in recent times have exposed the magnitude of violence against women and girls and how often it is normalized. While research shows that violence against women and girls affects one in three women worldwide and that no country is immune to this pandemic, instead of holding perpetrators accountable, women and girls who experience violence are often blamed and their testimonies systematically put in doubt. 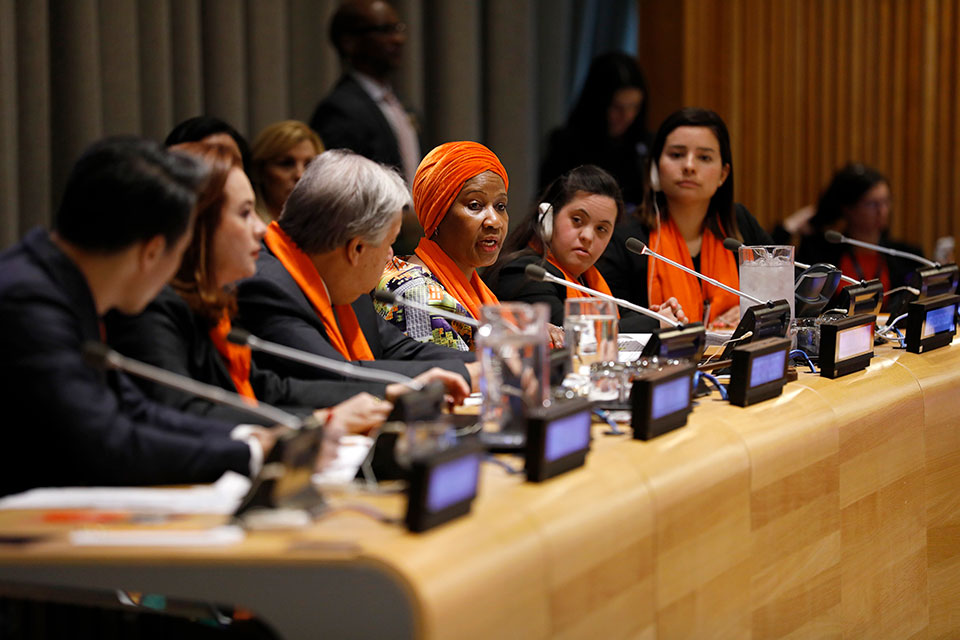 This year’s United Nations theme for the International Day for the Elimination of Violence against Women (25 November) and the 16 Days of Activism Against Gender-Based Violence (25 November – 10 December) “Orange the World: #HearMeToo” aims to support women and girls around the world who are coming together in a global movement of solidarity against the historic power imbalances in which sexual harassment and other forms of violence are so deeply rooted.

"Not until the half of our population represented by women and girls can live free of fear, violence and everyday insecurity, can we truly say we live in a fair and equal world." -- @antonioguterres, UN Secretary-General. #HearMeToo #orangetheworld pic.twitter.com/z4CiDTeIk6

"It is our collective responsibility that the world is a better & safer place for women & girls." - @phumzileunwomen, Executive Director @UN_Women #HearMeToo #orangetheworld #16days pic.twitter.com/mPXI31CwqJ

The theme calls to honour and further amplify these voices, to listen to and believe survivors, to end the culture of silencing and impunity, and to put survivors at the centre of the conversation and response. It aims to broaden the global conversation and highlight the voices and activism of all survivors of violence and advocates around the world—many of whom are often missing from the media headlines and social media discussions.

“The fear of reprisals, of not being believed, and the stigma borne by the survivor—not the perpetrator—have silenced the voices of millions of survivors of violence and masked the true extent of women’s continued horrific experiences,” said UN Women Executive Director, Phumzile Mlambo-Ngcuka. “In the recent past, however, grassroots activists, survivors, and global movements have converted isolation into global sisterhood. They are exposing the prevalence of violence from high office to factory floor and making offenders accountable.” Read the full statement. 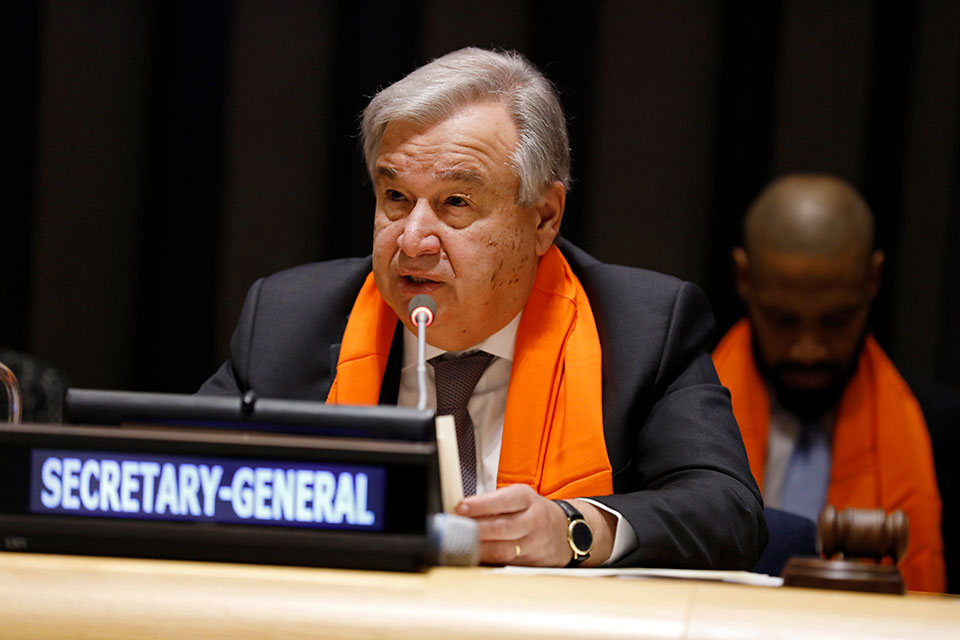 Under the umbrella of the UN Secretary-General’s campaign UNiTE to End Violence against Women, led by UN Women, the official commemoration event today in New York brought together survivors and activists, and kicked off the global 16 Days of Activism. At UN Headquarters in New York, activists and survivors from Argentina, India, the former Yugoslav Republic of Macedonia and the United States of America joined UN Secretary-General António Guterres, President of the General Assembly, Maria Fernanda Espinosa Garcés and Under-Secretary-General and UN Women Executive Director Phumzile Mlambo-Ngcuka in a conversation on innovative good practices that offer solutions for ending violence against women and girls in a #HearMeToo era. Benjamin Tucker, First Deputy Commissioner of the New York Police Department, on behalf of the NYPD Women’s Institute and accompanied by a large representation of police officers, provided thoughtful insights on the role of law enforcement in ending violence against women and girls in private and public spaces.

"We're proud of the #NYPDWomensInstitute & the work that it does in partnership with @UN_Women to make sure the critical issue of violence against women remains in the spotlight, and women & girls can live their lives w/o fear." - @NYPDFIRSTDEP #HearMeToo #orangetheworld #16days pic.twitter.com/dbtu0Bw73S

Around the world, the 16 Days of Activism will be a rallying moment to bring together governments, communities, survivors, activists and the public to raise awareness on the urgent need to end violence against women and girls through high-profile events, rallies, and campaigns. In over 70 events including in schools and universities in Malawi and Barbados, public transportation hubs in El Salvador, Vanuatu, and The Philippines, soccer matches in Egypt, global citizens will stand in solidarity with survivors, advocates, the women’s movement and women’s human rights defenders around the world, many facing increased pushback and attacks with a shrinking civic space. 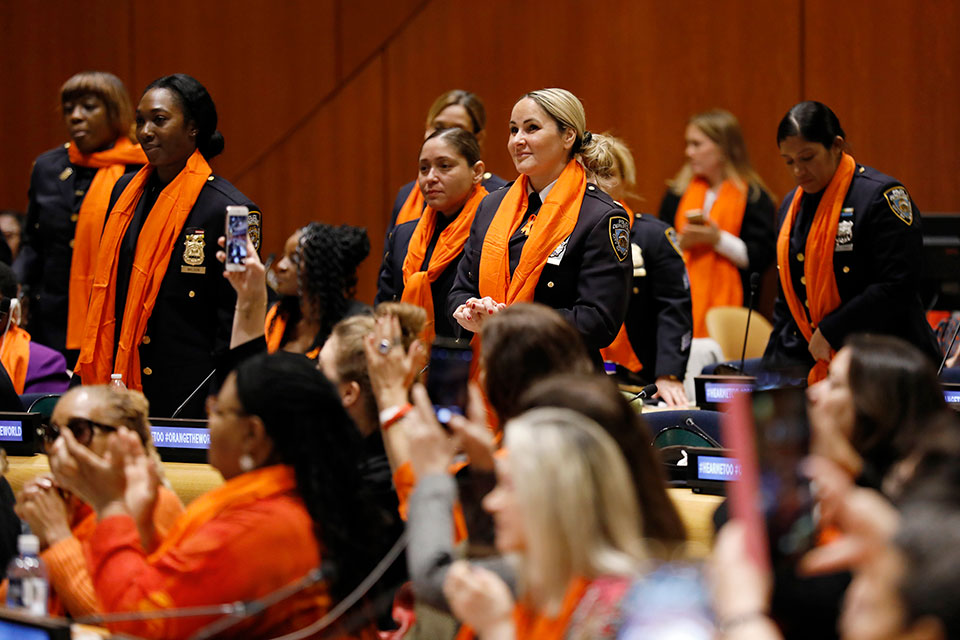 Representatives of the NYPD Women's Institute attend the official UN Commemoration of International Day for the Elimination of Violence against Women. Photo: UN Women/Ryan Brown

To draw global attention, iconic buildings and monuments will be lit up in orange, the official colour of the UNiTE campaign, symbolizing hope and a violence-free world. The National Assembly in Nigeria, the Place de l'Obélisque in Senegal, the Parliament in Morocco, the Panama Canal Administration Buildings, Brazil’s National Congress and Christ the Redeemer, Baiterek and the Pyramid in Astana, Kazakhstan, the EU Building in Lao PDR, and the President's office and seven Parliamentarian buildings in Nepal will display orange on the Day.

Through several strategic initiatives, UN Women is at the forefront of efforts to end all forms of violence against women and girls, from the 500-million-Euro EU-UN Spotlight initiative, working alongside UN partners, which is the largest ever single investment in the elimination of violence against women and girls worldwide, to the work on Safe Cities and Safe Public Spaces in 35 countries. 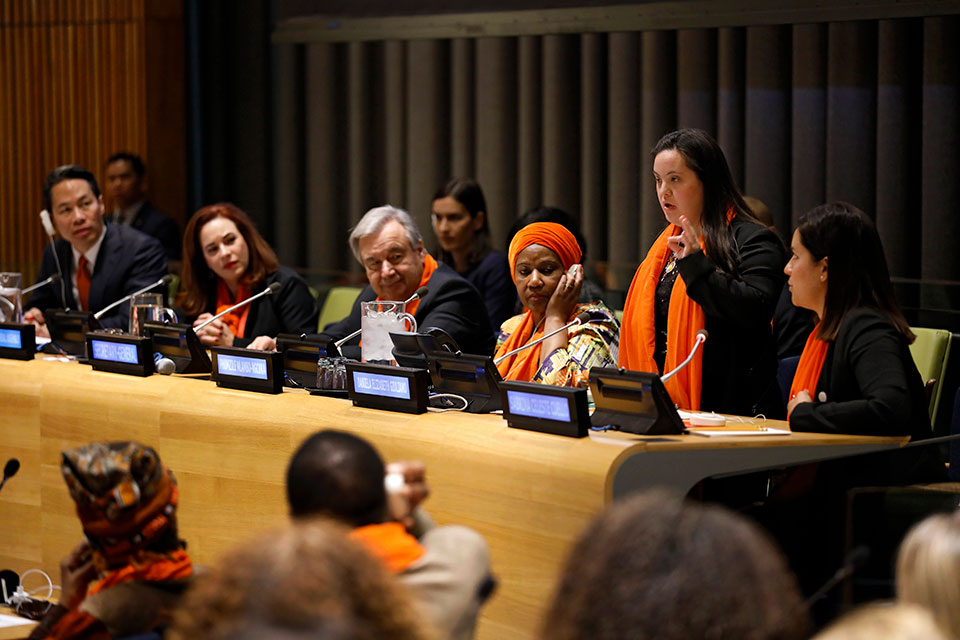 UN Women Goodwill Ambassador Nicole Kidman will join the UN Trust Fund to End Violence against Women, the only global multilateral mechanism addressing the pandemic, for a fundraising luncheon in Los Angeles, California, on 10 December, Human Rights Day, to close the 16 Days of Activism. The event will bring together the corporate sector, concerned individuals, and the United Nations in raising funds to end this human rights violation worldwide.

With more than 460 projects in 139 countries and territories over the past two decades, the UN Trust Fund has supported life-changing initiatives on preventing violence, implementing laws and policies and improving access to vital services for survivors for millions of women and girls worldwide. Last year alone, the UN Trust Fund reached over 6 million individuals.

Orange your profile picture to show your support and spread the word on all social media platforms using the hashtags hashtags #HearMeToo, #orangetheworld and #16days, and follow the conversation @SayNO_UNiTE and @UN_Women on Twitter.