Paraguay now has a new law to protect women against gender-based violence. The law criminalizes femicide, as well as other forms of violence, and will provide much-needed services to survivors, such as shelter and legal assistance. 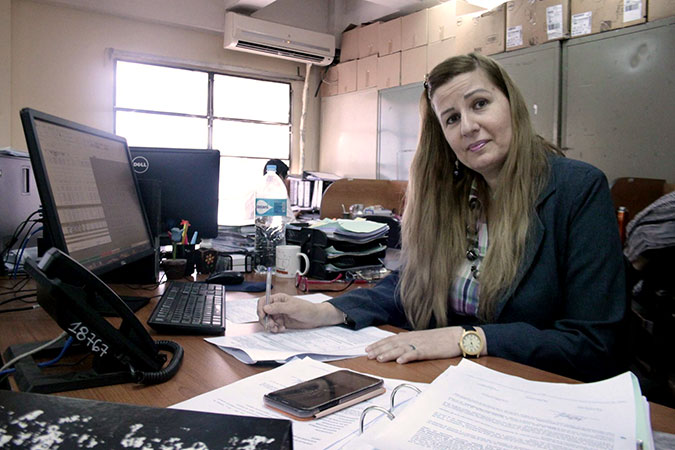 Gloria Zapattini never gets tired of speaking out to end violence against women. A survivor of violence herself and member of a women’s group in Paraguay, “Yo te creo” (I believe you), she participated in the consultations for drafting the new national law that protects women from all forms of violence (Act 5777).

With this new law, Paraguay becomes the 18th country in Latin America and the Caribbean region to criminalize femicide—gender-based killings of women.

According to the Ministry of Women, there were 49 femicides and 13,491 reported cases of domestic violence in 2017, the highest on record for the country.

The new law recognizes femicide and obstetric violence (violence perpetrated against pregnant women or during childbirth) as criminal offences, and also outlaws online abuse against women and girls. It provides for comprehensive measures, such as free legal assistance, access to shelter and skills training for survivors. Furthermore, it calls for a unified standardized system to collect data on gender-based violence.

Zapattini collaborated with UN Women and many other feminist organizations during the drafting of the law, and the process helped her learn more about women’s rights.

"I learned so much about human rights,” says Zapattini. “I also realized that many of the behaviours of our partners are in fact violent, even if we accept them as normal. [For instance] we think that a partner can tell you what to wear, who you mustn't talk to, or check your mobile phone; and [we think] that he does this because he loves you; but this is violence. I learned to spot these signs of psychological violence and economic violence, and I took control of my life".

Today, many women come to Zapattini for support, and she knows how to talk to them and points them to the right resources. “Getting out of the cycle of violence is a very personal thing. You can try to empower someone, but the final decision to break free from the violence is a personal one,” she says, adding, “That is why I talk about my life, because I want more women to take control of their lives, and not get an injury like I did.” Twenty years ago, Zapattini’s husband stabbed her 12 times. The injuries she sustained led to a permanent disability that impacts her mobility.

“With the passing of Act 5777, Paraguay becomes the 18th country in the Latin America and the Caribbean to recognize femicide in their penal codes. UN Women stands ready to support the implementation of the law so that women’s empowerment, rights and physical autonomy are guaranteed,” said Florence Raes, UN Women Representative in Paraguay.

The law was passed in December 2017, and currently, the implementation framework and regulations are being developed, including the first government-funded shelter providing holistic support to survivors of gender-based violence.

Related News
01/08/2011
Police and Judges against Gender Violence in the Southern Cone
20/03/2020
I am Generation Equality: Vanina Escales, journalist and activist
27/09/2018
Executive Director remarks at the launch of the EU-UN Spotlight Initiative regional programme on Femicide in Latin America
29/11/2017
The long road to justice, prosecuting femicide in Mexico
15/02/2017
Take five: Fighting femicide in Latin America
END_OF_DOCUMENT_TOKEN_TO_BE_REPLACED