Take Five: “To change the culture of tolerance of sexual harassment, we need unequivocal leadership” 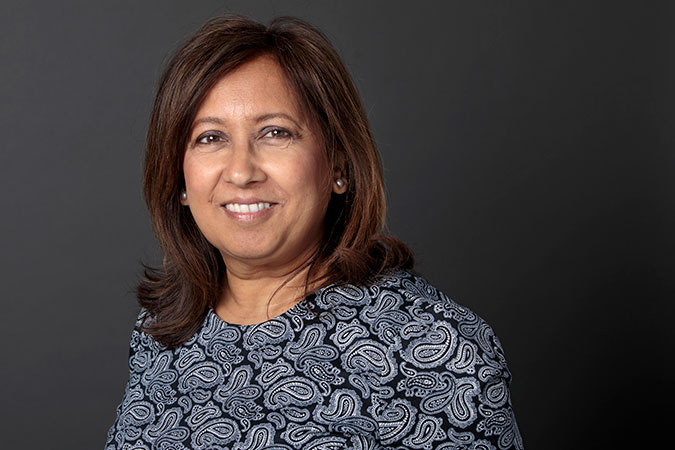 Purna Sen is UN Women’s Director of the Policy Division, and has been recently appointed as the UN Women Executive Coordinator and Spokesperson on Addressing Sexual Harassment and Other Forms of Discrimination. In an interview, she explains her new role and what UN Women is doing to address sexual harassment within its own workplace and in the UN system.

What does your role as the UN Women Executive Coordinator and Spokesperson on Sexual Harassment entail?

UN Women Executive Director created this position of Executive Coordinator and Spokesperson on Addressing Sexual Harassment and Other Forms of Discrimination to step up UN Women’s engagement on sexual harassment, both in the world at large and in the UN. We certainly need to improve our work on sexual harassment across the UN system, as do most employers.We recognize the work that has so far been primarily led by managers, lawyers and ethics staff and we will add our gender analysis and expertise to the efforts.

I have been able to bring together different players within the UN system as we work on policies and processes to address sexual harassment, and to step up UN Women’s engagement on the issue.

Our engagement needs to go beyond the UN and connect with others, such as academia, activists, the MeToo and other movements, and other employers. We must talk to other employers to find out how they are addressing the issue and what has made a difference. And then, we need to ask, how can UN Women support some of that work.

What are the benchmarks for success in this role for you?

For me, the first area of impact would be to make it possible for (UN Women) staff to share their experiences and aspirations and to shape improvements in our own work on addressing sexual harassment within our own organization and the UN system. We are actively seeking inputs from colleagues, first via emails, and then we will have more follow-up conversations.

Another benchmark for success would be to contribute to the UN system-wide efforts to end sexual harassment so that the reporting and redress processes work for women. For this to happen, we have to understand sexual harassment as a sexualized expression of gender inequality. We have to build leadership and a culture where zero tolerance to sexual harassment is a lived reality.

The third measure of success for me would be that UN Women’s voice is seen and heard in the global movement against sexual harassment, and that we are seen as allies to women who are experiencing abuse, to those who don’t have access to the media and those who are particularly marginalized.

What are some of the policies and practices that UN Women has put in place to deal with sexual harassment in the workplace?

UN Women has a zero-tolerance policy for sexual harassment and sexual abuse. Our Human Resources department has circulated information to all staff, including a handbook that provides guidance on processes around reporting and redress.

In my role, I am trying to also see where are the gaps and areas of improvements. Do staff have confidence and trust in the sexual harassment policies and processes to work for them? I am holding regular conversations with staff, through webinars, emails and one-on-one conversations, to learn about good experiences, challenges, expectations and what changes they want to see. We must be committed to learning and to improving our own practice.

For instance, is it possible for us to monitor more fully that we do now? Should we monitor allegations of sexual harassment, even when the cases are handled informally? This would give fuller picture of what’s happening and the concerns that have been raised about anonymity and rights of the accused need to be talked through.

We are also hearing accounts of sexual harassment from UN staff through a secure email account that only I and my assistant monitor. With the permission of those who report to us, we hope to use anonymized accounts to raise awareness within the UN system about the prevalence and severity of sexual harassment.

Do you consider the current movements against sexual harassment to be the tipping point?

I think we are seeing the biggest, deepest and widest global mobilization against sexual harassment ever known. The civil society movement against sexual violence has always been strong, but the recent focus of #MeToo and related movements has given it a different momentum. Women around the world are saying, ‘we have had enough, we are giving notice, and we expect to see change.’

Part of what has been different this time, is also how the media has responded. Some parts of the media have listened to women with respect, taken their voices and their experiences and put in serious journalistic effort to find facts and report on their investigations. They did not sensationalize, trivialize or minimize what they heard from women.

The combination of women galvanizing and mass media listening and reporting, has created this tipping point, a moment where we can say, the door is open, now we have to go through that door and make lasting change that works for women.

If we do see change, what will make the change sustainable so that the gains achieved on sexual harassment are not rolled back in a few years from now?

What women are saying worldwide is: you don’t listen to us, you don’t believe us, your reporting systems don’t work for us, investigations are not independent, and it takes too long to get an outcome. We certainly have to improve; but these issues are ultimately procedural expressions of a culture that devalues women. I don’t think that we will see lasting change unless we change the cultural expressions of tolerance to male sexual entitlement over women’s bodies.

To change the culture of tolerance of sexual harassment, we need unequivocal leadership. Managers and leaders must prioritize addressing sexual harassment, change human resources practices and policies at workplaces so that they support reporters of prohibited behavior.We cannot automatically approach women who report sexual harassment with suspicion. Because, if you don’t listen to and believe those who report, you are essentially siding with the perpetrators. If you don’t have a culture of victim support, you do, in effect, have a culture of perpetrator support.