Gender equality begins at home, and families are at the front lines of change. For the next generation, the examples set at home by parents, care-givers and extended family are shaping the way they think about gender and equality.

From breaking down gender stereotypes to sharing the care work, and educating children about women’s rights and gender equality, here are some ways you can inspire the future feminists in your family. 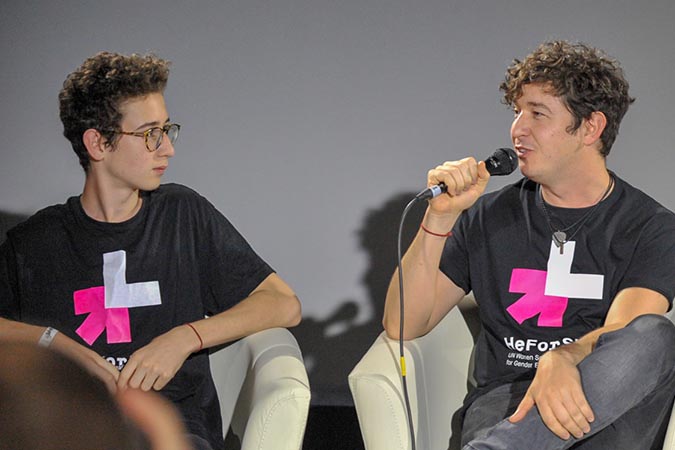 Ukrainian singer and jury member of the Ukrainian X-Factor TV-show, Dmytro Shurov makes sure his son understands that everything in their home is 50/50.

“In my opinion, the best way to raise a child is by example as your child takes after you… I often talk to my son about gender roles because this topic is relevant.,” Dmytro said. “People are born to be happy and all of us have equal rights. Everything starts with families: I think, kids should get their parent`s attention equally, they should see their father is not afraid to be weak sometimes, and their mother isn't afraid to be strong.”

From cooking and cleaning, to fetching water and firewood or taking care of children and the elderly, women carry out at least two and a half times more unpaid household and care work than men. As a result, thousands of women and girls miss out on equal opportunities of going to school, or joining full-time paid work, or having enough time to rest!

Set the example by equally dividing all housework and childcare in your home. Involve boys in care work and household chores from an early age, along with girls!

When we fight for human rights, we must be inclusive. #LGBTI rights matter. Laverne Cox shows us how we can all use our platforms to advocate for others.

And remind them that they can be anything they want to be, regardless of their gender, for example.

4) Empower your kids to speak out. 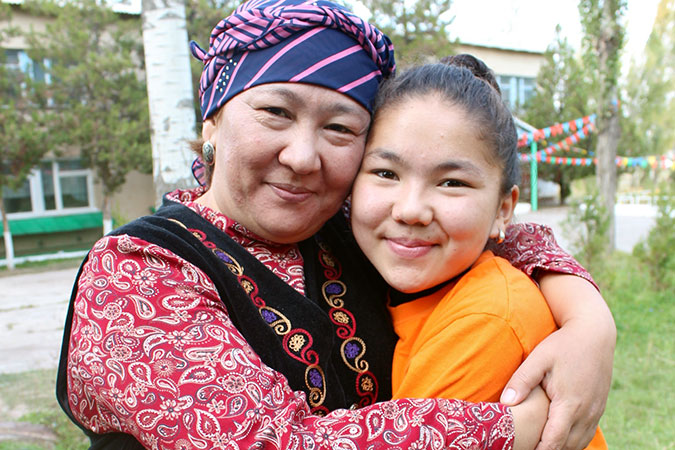 Young people around the world are stepping up for gender equality. When we empower and educate young advocates about women’s rights, we are ensuring a better future for us all.

In Kyrgyzstan, Aigul Alybaeva is doing her part to advance women’s rights and gender equality by supporting her daughter’s participation in a school-based programme that works to empower girls, generate inter-generational dialogues and change attitudes about child marriage.

“We try to support her, create an enabling environment at home, so that she gets the time she needs to study, prepare for her assignments,” Aigul says of her relationship with her daughter. “Feminism is in her character. She knows her rights and she shares with me what she learns in school.”

Aigul’s daughter, Aiturgan Djoldoshbekova, has learned about women’s legal rights in her country and wants to pursue a career in law. She also knows the importance of sharing her knowledge with others.

5) Fight stereotypes, including your own.

Gender is not about biological differences between the sexes, rather, it’s a social construct—people define what it means to be a boy or a girl, and these social conditionings often expect children to conform to specific and limiting gender roles and expectations from a young age. Researchers say, children start absorbing stereotypes by age 3, causing the world to expand for boys and shrink for girls by age 10. That’s why we have to start conversations about gender roles early on, and challenge the features and characteristics assigned to men and women at home, in our daily routines, in school and in places of work.

Normalizing violent behaviour of a child might lead to an enabling environment for violence against women to flourish. Let’s make the right conversations early on. #HearMeToo #orangetheworld #16days pic.twitter.com/ybDuZVQOJJ

We all have unconscious gender biases. These are roles that we've internalized based on our society’s set expectations about how men and women should dress, behave and present themselves, and in some cases, what kind of work they should do.. It’s in our hands to become aware of these biases and challenge the stereotypes that our children constantly encounter, whether in the media, on the street or at the school. Let your children know that your family is a safe space for them to express themselves as they are, by affirming their choices, by reassuring them that it’s OK to be different, and by encouraging a culture of acceptance.

Our world is constructed in a way that makes us compare ourselves to the beauty standards set by the media, culture and society. We constantly measure ourselves against other people and feel judged by our physical appearance. Body shaming is a learned behavior, so it’s important for parents to lead by example. Be careful not to be critical of body image, including your own, and reject sexist, negative stereotypes of unrealistic body standards.

It's time we challenge societal constructs of beauty, perfection, and what constitutes a "normal" body.

Malvika's mother never made Malvika feel that she was less of a person because of her #disability: https://t.co/8J4GnBlzDq #bodypositivity pic.twitter.com/rFYun5pomu

Foster a body-positive lifestyle at home by showing your children that they are not defined by how they look, but by how they act.

7) Listen and learn from them.

Today’s youth—1.8 billion strong—represent boundless possibilities and enormous talent to build a better future for the world. But to truly harness that power, we need to listen to them. Girls and boys have a role to play in achieving gender equality, today.

Hear @GretaThunberg‘s call to #ClimateAction. She is proof that we need to listen to the young generation for a sustainable future. pic.twitter.com/J0Sc7uG6Iv