Hand over the mic: Taking a stand to end violence against women and girls 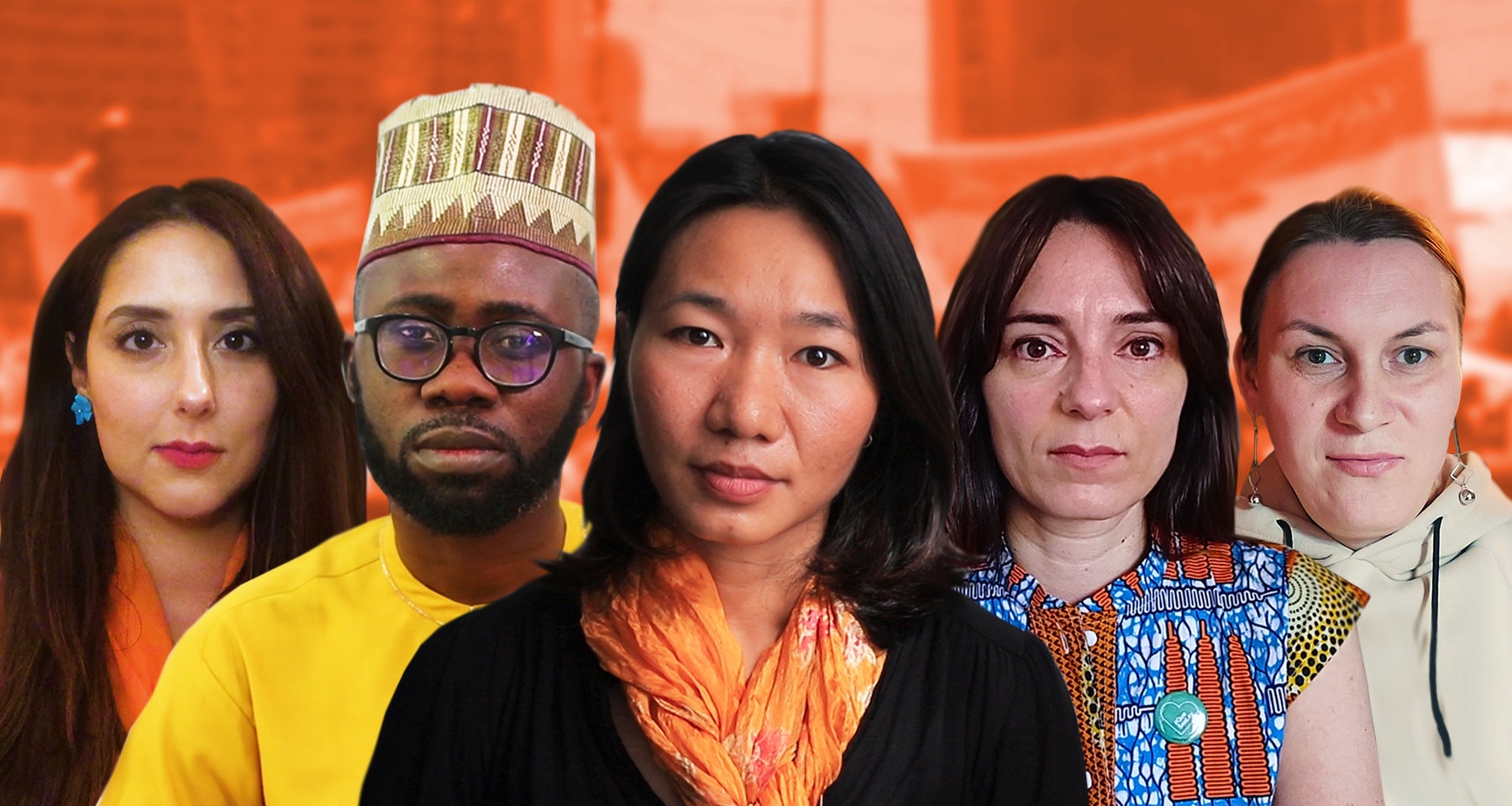 Across the world, women and girls face violence every single day. Since the outbreak of COVID-19, reports show that all types of violence against women have intensified, worsening this pervasive human rights violation. Taking action to end the scourge of violence can feel overwhelming and insurmountable.

But activists and survivors around the world are demonstrating how everyday actions can make a difference. For the 16 Days of Activism against Gender-Based Violence (25 Nov – 10 Dec), and as part of the Generation Equality campaign, UN Women is handing over the microphone to five individuals who are working to end discrimination, sexual assault, domestic violence and harassment. Hear their stories in this Hand over the Mic video series and then join us in taking a stand to end all forms of violence against women and girls.

Don’t be a bystander: dismantling domestic violence, one action at a time

Sia Kukaewkasem is an advocate, social worker and domestic violence survivor from Thailand who founded the Freedom Restoration Project in 2016 as a means to provide counseling services to migrant women from Myanmar.

In this Hand over the Mic episode, she shares her experience of growing up in a culture that normalizes domestic violence and describes how it has motivated her work supporting other survivors. Sia urges us not to be passive bystanders when we witness or hear of any violence, and to take a stand and take action to support survivors.

Fill the streets: Adding your voice to the movement to end femicide

Vanina Escales, from Argentina, is a feminist journalist and activist, and one of the founders of the #NiUnaMenos movement against violence against women and girls.

In this Hand over the Mic episode, she explains how the movement was born as a counter to sexist and sensationalized media coverage of a series of femicides in 2014-2015, how the movement evolved and grew, and why protesting is an effective means of generating social change. Vanina invites us to add our voices to the movement and to say “enough” to femicide and all other forms of violence against women.

Organize now: Mobilizing a community to end harassment of women and girls

Rotimi Olawale is a gender equality advocate and the Executive Director of YouthHub Africa, a Spotlight Initiative partner whose work in Nigeria focuses on youth development, education and leadership, with a specific focus on male engagement.

In this Hand over the Mic episode, he details how a simple online petition catalyzed positive impact for women in Abuja, Nigeria. Rotimi underscores the importance of organizing now and using whatever networks we have available to advocate for a life free from violence for women and girls.

This is our collective fight: Simple ideas can lead to greater safety for women protesters

Soraya Bahgat became a self-proclaimed “accidental activist” when she founded Tahrir Bodyguard, a movement of volunteers with a mandate to prevent mob sexual assaults in Tahrir Square, Cairo during the Egyptian revolution of 2011.

In this Hand over the Mic episode, she stresses that a lack of resources cannot stop a powerful idea, as long as you reach out and ask for help. Soraya believes that every idea and action can make a difference, and encourages us to do our part in the collective fight to end violence against women.

Anastasiia Yeva Domani is an activist and consultant for Trans Coalition and one of the most visible transgender women in her country, Ukraine.

In this Hand over the Mic episode, she describes how her experience of physical assault in 2018 motivated her to advocate for the transgender community. Anastasiia underlines the importance of eradicating harmful stereotypes and reminds us that any change we want to see in society should start with ourselves.