The Political Declaration adopted today is the outcome of the 64th Commission on the Status of Women, taking stock of women’s rights on the 25th anniversary of the Beijing Declaration and Platform for Action 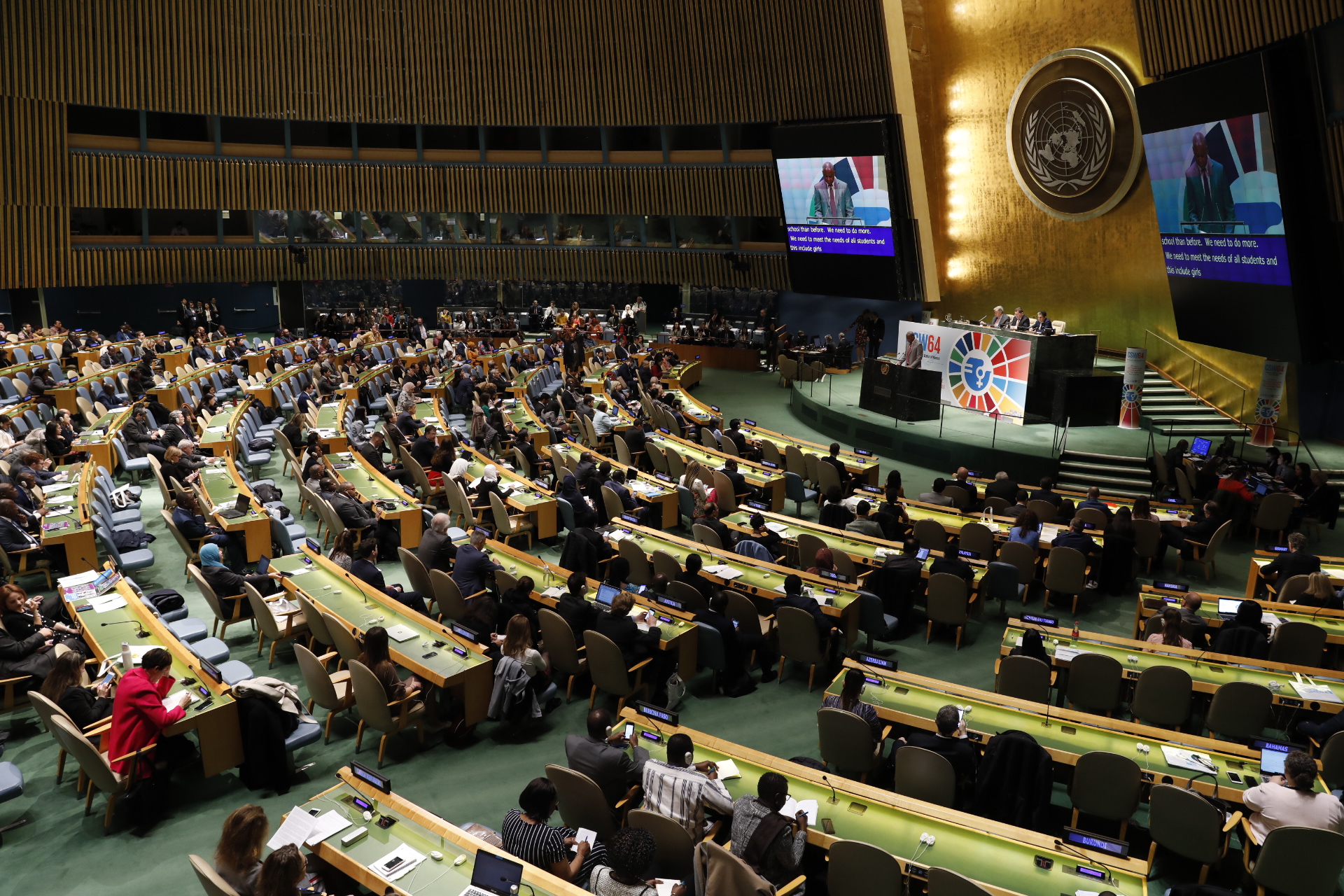 Opening of the 64th session of the Commission on the Status of Women on 9 March, 2020 in New York. Photo: UN Women/Ryan Brown

9 March 2020, New York—In a Political Declaration adopted today by Member States commemorating the 25th anniversary of the Fourth World Conference on Women, held in Beijing in 1995, leaders pledged to ramp up efforts to fully implement the Beijing Declaration and Platform for Action, still considered the most visionary blueprint on women’s rights.

The Political Declaration is the main outcome of the 64th session of the Commission on the Status of Women, the largest annual gathering on gender equality and the empowerment of women at the UN. This year the Commission decided to scale back the session to a one-day procedural meeting with delegations and civil society representatives based in New York, in light of the COVID-19 situation. 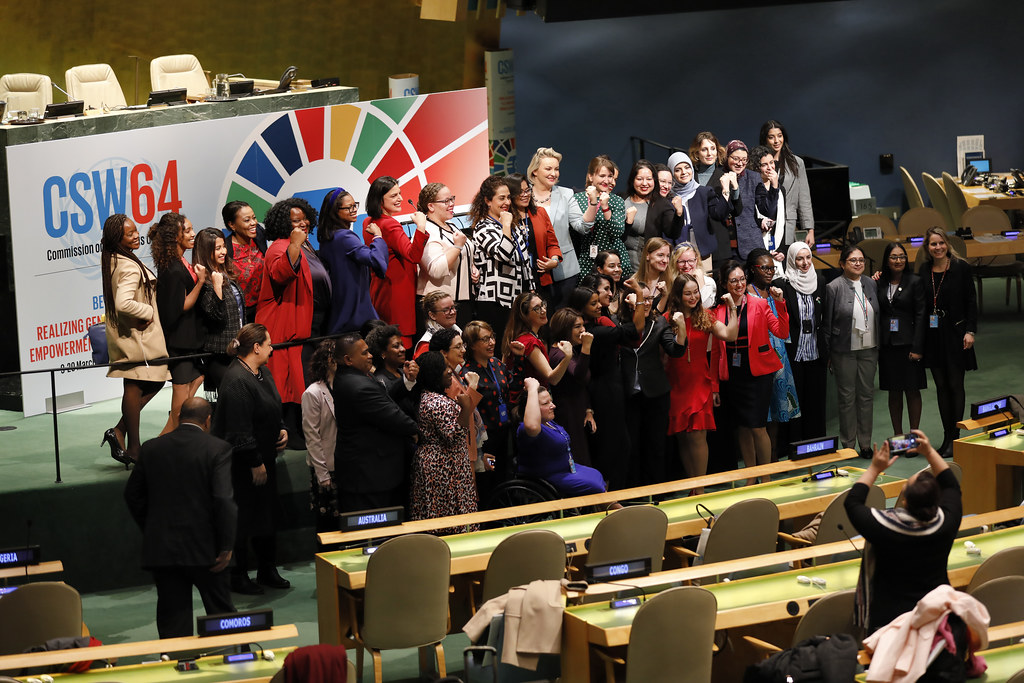 UN Women Executive Director, Phumzile Mlambo-Ngcuka, said: “25 years after Beijing, we all recognize that progress on women’s rights has not gone far or fast enough. It’s 2020, yet no country has achieved gender equality and women continue to be squeezed into just one quarter of the space at the tables of power. Today, Member States have reaffirmed the Beijing Platform for Action, the progress and the gaps. Women and girls will hold them accountable as we work together for true and lasting equality and the full enjoyment of our human rights.”

In the Political Declaration, Member States welcomed the progress made towards the full, effective and accelerated implementation of the Beijing Declaration and Platform for Action, but expressed concern that overall, progress has not been fast or deep enough. In some areas progress has been uneven, and that structural barriers, discriminatory practices and the feminization of poverty persist.

As leaders reaffirm their political will for action, they also recognize that new challenges have emerged that require concerted and intensified efforts, including in regard to:

Leaders also identified specific means for tackling these gaps and challenges. Some of these include eliminating all discriminatory laws; breaking down structural barriers, discriminatory social norms and gender stereotypes including in the media; matching commitments to gender equality with adequate financing; strengthening institutions to promote gender equality; harnessing the potential of technology and innovation to improve women’s and girls’ lives; regularly collecting, analyzing and using gender statistics; and strengthening international cooperation to implement commitments to gender equality.

The Declaration also reaffirms that gender equality and the empowerment of all women and girls will make a crucial contribution to progress across all the Sustainable Development Goals, as we begin the UN Decade of Action.

For the 64th session, the UN Secretary-General presented a comprehensive report (E/CN.6/2020/3) that is based on an extensive, participatory stock-taking exercise on women’s rights, combined with global data and analysis. 171 Governments submitted national reports, and hundreds of civil society activists contributed to the national and regional reviews. Building on the UN Secretary-General’s report, UN Women published the Women’s rights in Review 25 Years After Beijing Report, examining progress and obstacles in women’s rights since the adoption of the Beijing Declaration and Platform for Action in 1995.

Related News
09/03/2020
Opening statement by Under-Secretary-General of the United Nations and Executive Director of UN Women, Phumzile Mlambo-Ngcuka, at the 64th session of the Commission on the Status of Women 9 March 2020
14/03/2016
“CSW60 is the first test of our resolve” — Executive Director
09/03/2015
Press release: Governments commit to scale-up investments in women’s empowerment
09/03/2015
Post-Beijing voices
09/03/2015
“In 2030 we want to be able to talk about a world that has achieved gender equality” – UN Women Executive Director
END_OF_DOCUMENT_TOKEN_TO_BE_REPLACED