COVID-19 exposes the harsh realities of gender inequality in slums 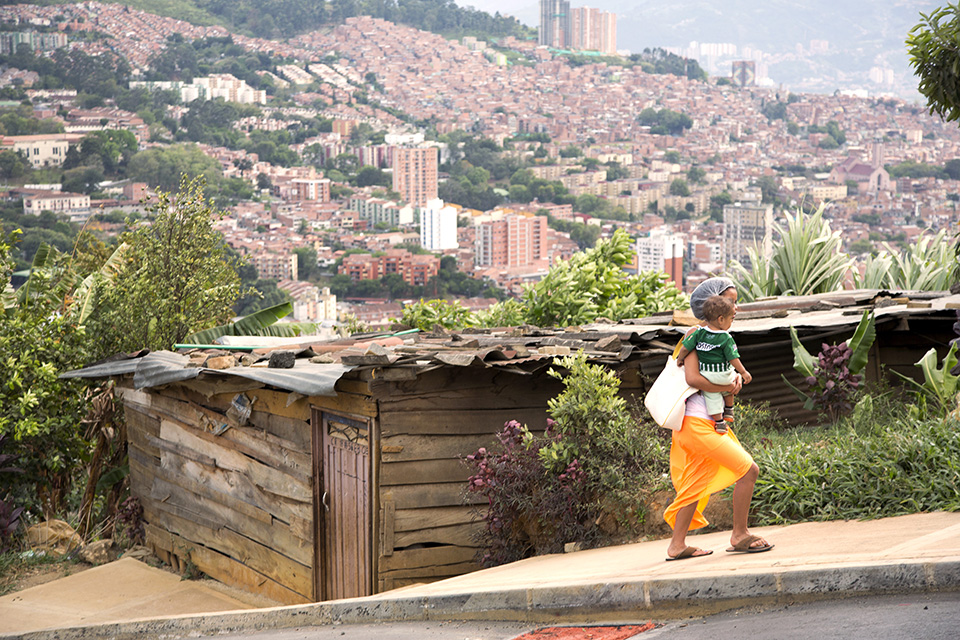 People are crowding into cities at record rates; many end up in poorer neighbourhoods with limited services and infrastructure. In this neighbourhood in Medellín, Colombia, most residents come from the countryside, having been displaced by conflict. Some services, like a cable car, have reached them, but they remain outside the more extensive city bus system. Photo: UN Women/Ryan Brown.

The COVID-19 pandemic is largely concentrated in cities and urban areas, with around 2,600 cities globally reporting at least one case of the disease. While the epicentre of the global health crisis is still Europe and North America, its impact on developing countries may be more devastating, especially for the poorest. The 1 billion+ people living in slums and slum-like settings in developing countries, where population density is high, are those most at-risk and least prepared.

Most countries have responded with shelter-in-place orders, lockdowns and measures to curtail COVID-19’s spread. But slum-dwellers will have a hard time complying, as their overcrowded housing often lacks basic utilities, like water and sanitation. For women and girls who are slum-dwellers, the challenges are even greater as they face increased domestic violence (already being reported) and unpaid care burdens.

Read the full story on data.unwomen.org