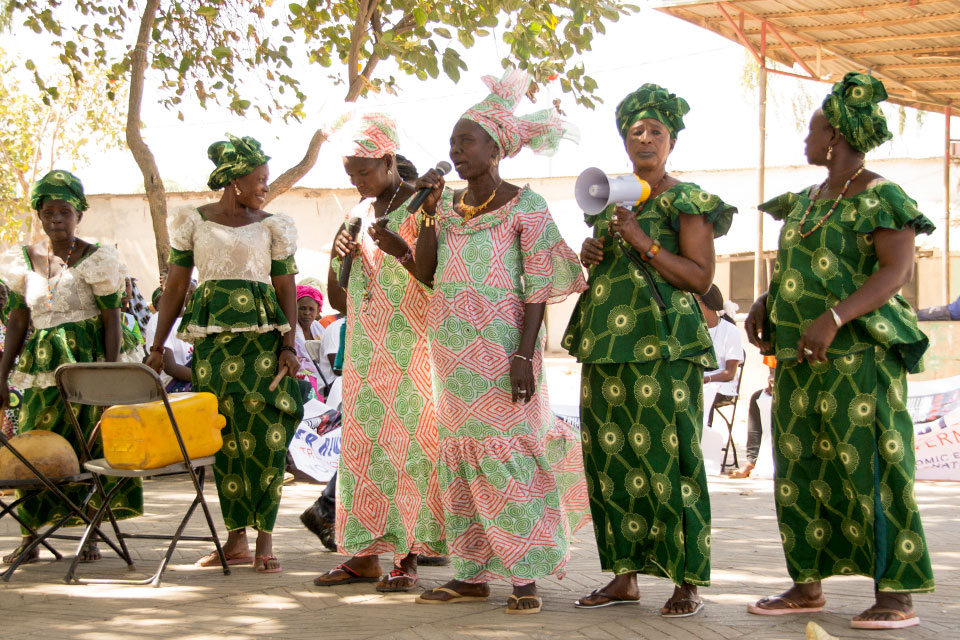 In a world where power and choice are determined by gender, millions of girls are robbed of their childhoods, education, health and aspirations every day by the harmful practices of child, early and forced marriage and female genital mutilation (FGM). In many communities, early marriage and FGM go hand-in-hand because they believe that cutting a girl increases her marriageability.

Over 200 million women and girls alive today in 31 countries have undergone genital mutilation, although small-scale studies, media reports and anecdotal evidence suggest FGM may be present in more than 90 countries.

In 2021, 4.16 million girls and women around the world are at risk of genital mutilation. What’s more, because of COVID-19 disruptions, there could be as many as 2 million additional cases of FGM by 2030 that would otherwise have been averted.

FGM entails the ‘partial or total removal of the female external genitalia or other injury to female genital organs for non-medical reasons’ and is normally carried out between infancy and age 15. It has no health benefits, but immediate and long-term health consequences are numerous: including infections and abnormal scarring, debilitating pain, or death.

On International Day of Zero Tolerance for Female Genital Mutilation, 6 February, here are just five survivors and activists demanding voice, choice and control for every girl and woman over their own lives and bodies.

A survivor protecting her daughter and educating her sons in Egypt 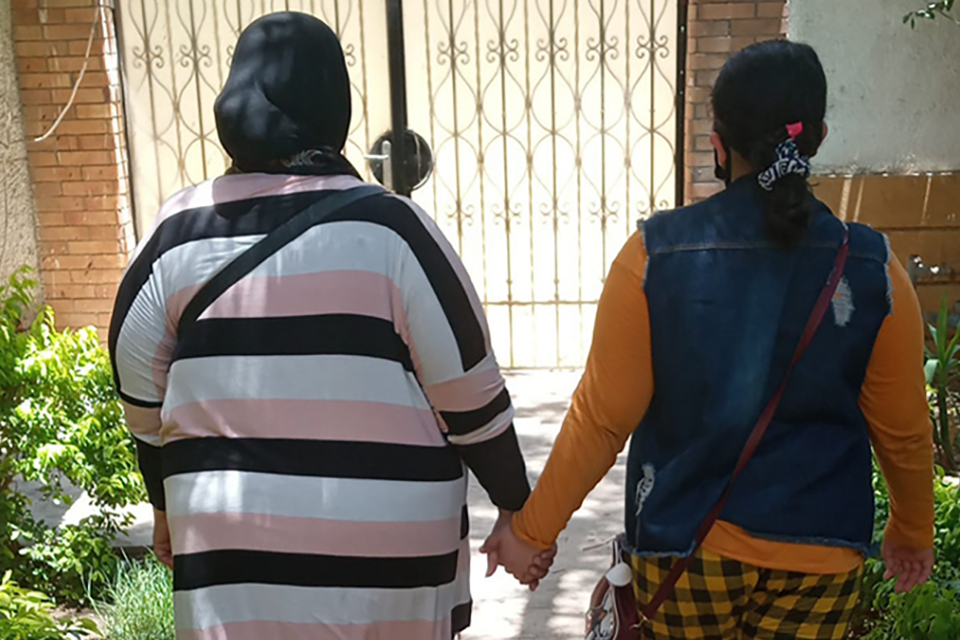 Amal Ahmed* – a wife and mother of an 11-year-old girl and three boys aged 15, 18 and 19 – lives in Cairo Governorate, Egypt. When Amal was 10 years old, she and her sister were tricked by their family into undergoing FGM. Since that experience, their lives have never been the same.

“I was only 10 years old, but I can still remember every single moment. Without anesthesia, I was forced to go through a traumatic experience that left not only physical scars but psychological ones too. I cannot explain the unbearable pain and fear that I felt. I was screaming so hard, but no-one seemed to hear. My life turned upside down. I was never able to live a normal life,” says Amal.

The psychological scars of FGM runs even deeper.

“I now have four children, for whom I decided to move on. I educate my boys that respecting women is a must and that we shouldn’t keep on adopting [harmful] cultural habits without thinking. My sons understand the repercussions of FGM. They refuse it.”

“When my husband and mother told me that my daughter should undergo FGM, I refused. I told my mother: ‘I’m not going to destroy my girl’s life and kill her.’”

“I wish that everyone around the world would realize the terrible physical and psychological repercussions of FGM so that it can end – now.”

For more on Amal’s experience, read her full story.

*The name has been changed to protect her identity. 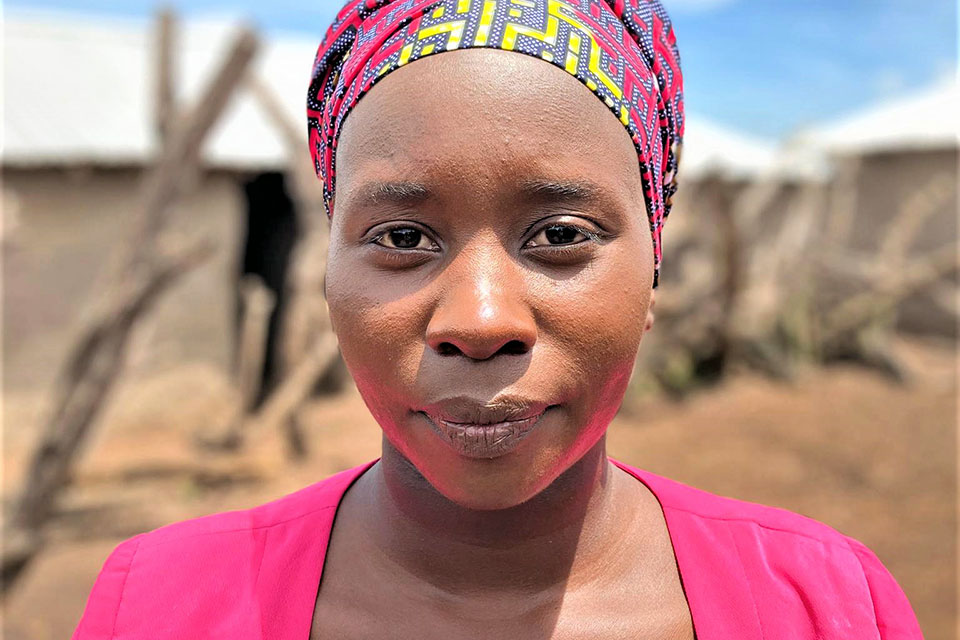 Natalie Robi Tingo, 28, is the Founder and Executive Director of Msichana Empowerment Kuria, a women-led community-based organization in rural Kenya that has since 2015 worked to end FGM by tackling its root causes and empowering women and girls.

“Why are we being told that as girls, when we get cut, we bring honour?” asks Natalie. “That is not the truth. It is very painful, some girls die. Or, we get married. Our lives are basically taken away from us.”

Natalie was born in the Kuria community, southwest Kenya. Growing up, she faced the same challenges as other girls in her community. “FGM is a social norm in Kuria, similar to having to knock when you go to someone’s home. Being the first-born girl in my family, it was expected that I would get cut. [Because] both my parents were educated, my sister and I were spared,” she says.

She believes that young girls should be empowered to change their communities. “From a young age many girls are made to believe FGM is an obligation they have to their parents and community. Once girls understand that what’s happening to them is wrong, they are able to fight for themselves and rescue others. I have seen this happen. We must therefore continue to centre the voices of girls.”

Trained paralegals in Uganda are moving the needle

Christine Awori is the Head of Legal Aid at the Uganda Law Society (ULS), which runs media outreaches and campaigns, as well as mobile legal aid clinics for women and girls at risk of FGM in Amudat District in northeastern Uganda. ULS is supported by UN Women, under the EU-UN Spotlight Initiative.

“The clinics aim to enhance access to quality essential legal aid and referral services for women and girls who experience violence and promote their sexual reproductive health rights,” explains Christine. “We encourage women and girls to reject the practice of FGM and report those performing it to the authorities. Our interventions also include training community-based paralegals, who are front-line responders, on legal and human rights issues. In 2019, one of our trained paralegals approached an FGM perpetrator who had been active for 20 years and talked her out of the practice.”

“The main law criminalizing FGM in Uganda is the Prohibition of Female Genital Mutilation Act (2010), however, implementation remains weak mainly because of the lack of public awareness and limited financial and technical resource allocation by government to enforce the law,” adds Christine.

Working at community levels, with perpetrators, parents and girls at risk, along with survivors, has shown promising result.

“The International Day of Zero Tolerance for FGM reminds us that we are not alone in this work and that we need to coordinate [among each other] for a stronger movement against FGM,” says Christine.

A Tanzanian chief on a mission to change cultural norms 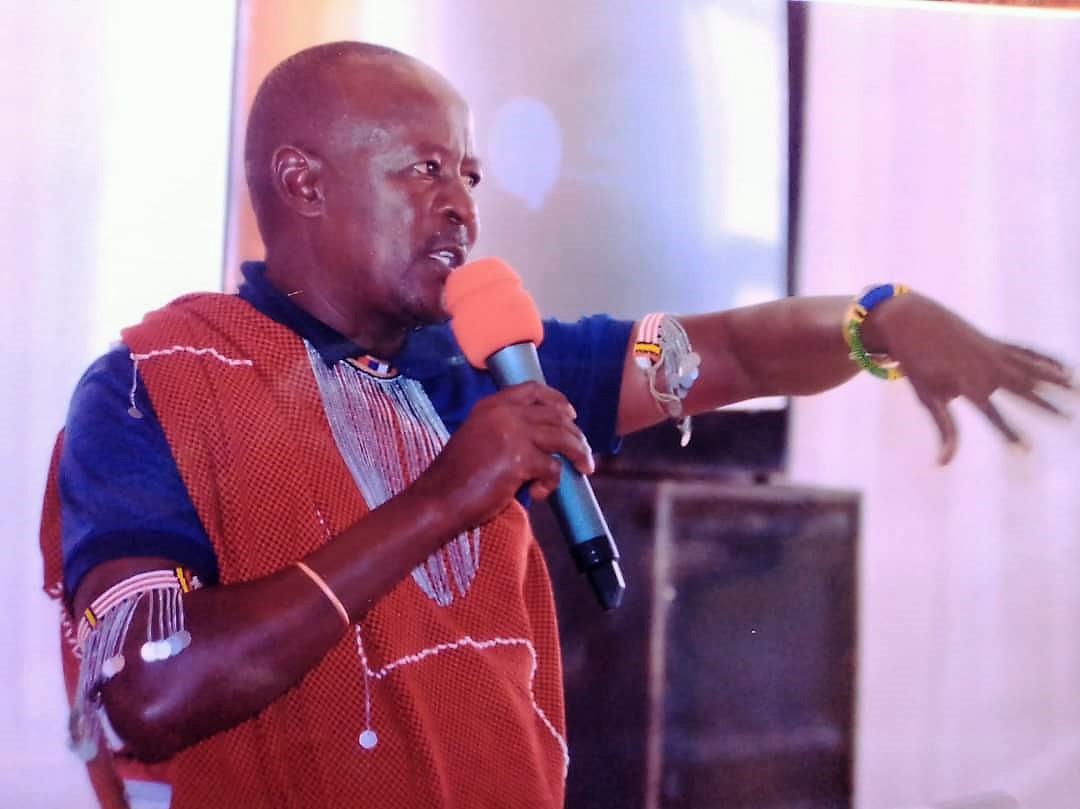 Chief Girihuida Gegasa Shulumbu, 55, is a traditional leader from the Mara Region, one of the strongholds of FGM in northern Tanzania. Following the launch of the joint FGM elimination project, “Tokomeza Ukeketaji”, by UN Women and the African Medical Research Foundation in 2016, he took up the fight to save girls from FGM and ensure they stay in school.

“The Tokomeza Ukeketaji project made me realize that as a traditional leader and custodian of culture, I have the power to influence the changing of norms and practices that harm others, especially women and girls,” says Chief Girihuida.

“I also have three daughters and would like to ensure that they have a brighter future. Many women in Mara are poor because they were deprived of the opportunity to go to school. [FGM] is pushing back development in our community and Tanzania as a whole.”

“I am working with other men to advocate for alternative rites of passage initiation that is freeing girls from genital mutilation. In the last three years, 96 traditional leaders have abandoned the practice in my region. Although the Tokomeza Ukeketaji project ended in 2018, we are still working to convince all people to abandon the practice, and have saved more than 1,500 girls between the ages of 9 and 19 from FGM. UN Women is helping us to sustain our campaigns.”

Read more about his journey here and check out a video about how UN Women is working with traditional and religious leaders across Africa to end FGM and child marriage.

Former FGM practitioners becoming part of the solution in Liberia

Until last year, Yatta Fahnbulleh, 65, owned one of the largest ‘bush schools’ (where girls underwent a series of rituals, including FGM, to initiate them into adulthood) in Tienni, a community in Grand Cape Mount County in northwestern Liberia. She is one of 300 former FGM practitioners in Liberia that participated in the Alternative Economic Livelihood programme launched by UN Women in collaboration with Plan International under the EU-UN Spotlight Initiative in December 2019.

“The time has come for me to change after 35 years in the business of bush activities. Many people had asked me to leave bush business but my question has always been, ‘What will I do next to help my family?’ Now that [this programme has] answered my question, I will join you to raise awareness of the vocational and livelihood projects,” says Yatta.

Yatta is now working as a caterer, and she says that seeing everyone enjoying the food she cooks and getting paid for cooking has been “life changing” for her.

“I see the new project as a good opportunity that all the traditional practitioners across Liberia should be proud to accept.”