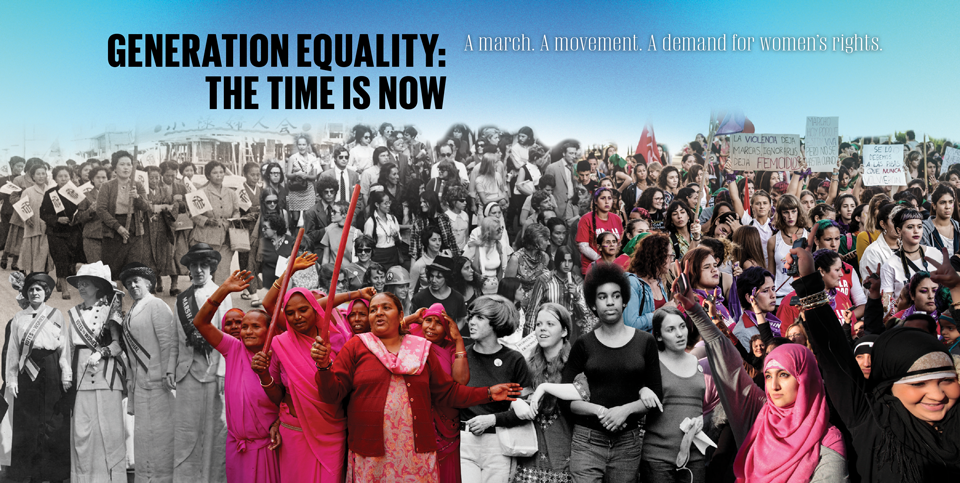 The 64th session of the UN Commission on the Status of Women took stock, assessed gaps, and charted a path forward for fulfilling the promise of gender equality enshrined in the Beijing Declaration and Platform for Action, 25 years after its adoption.

This photo essay is an adaptation of an exhibit at the United Nations Headquarters, running from 6 March – 20 April. It presents key milestones in the women’s rights movement, the progress and pushback, and voices and aspirations of women leaders from every corner of the world.

Women have always made a difference…everywhere

But they have faced many obstacles to equality

Until women started to organize and protest inequality, the vast majority could not vote or run for office. They were prohibited from getting a loan or working where they choose.Even if they did the same work as men, they were paid less. And they inherited less, if at all. At home, domestic violence took place with no legal sanction. A married woman could not even prosecute her husband for rape.

Since the founding of the United Nations, a timeline of the landmark international agreements and conferences that pushed for women’s rights and gender equality. 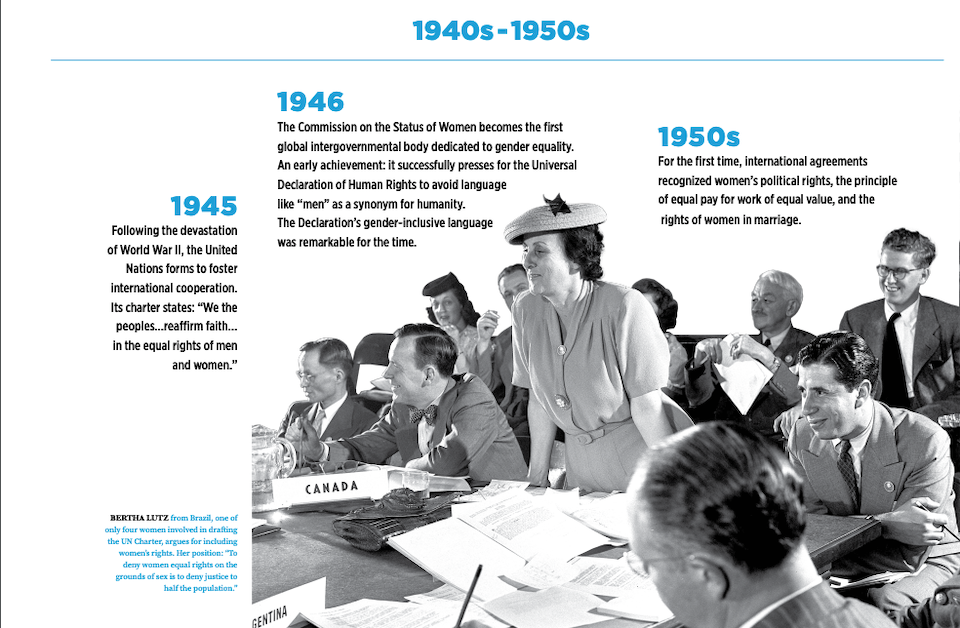 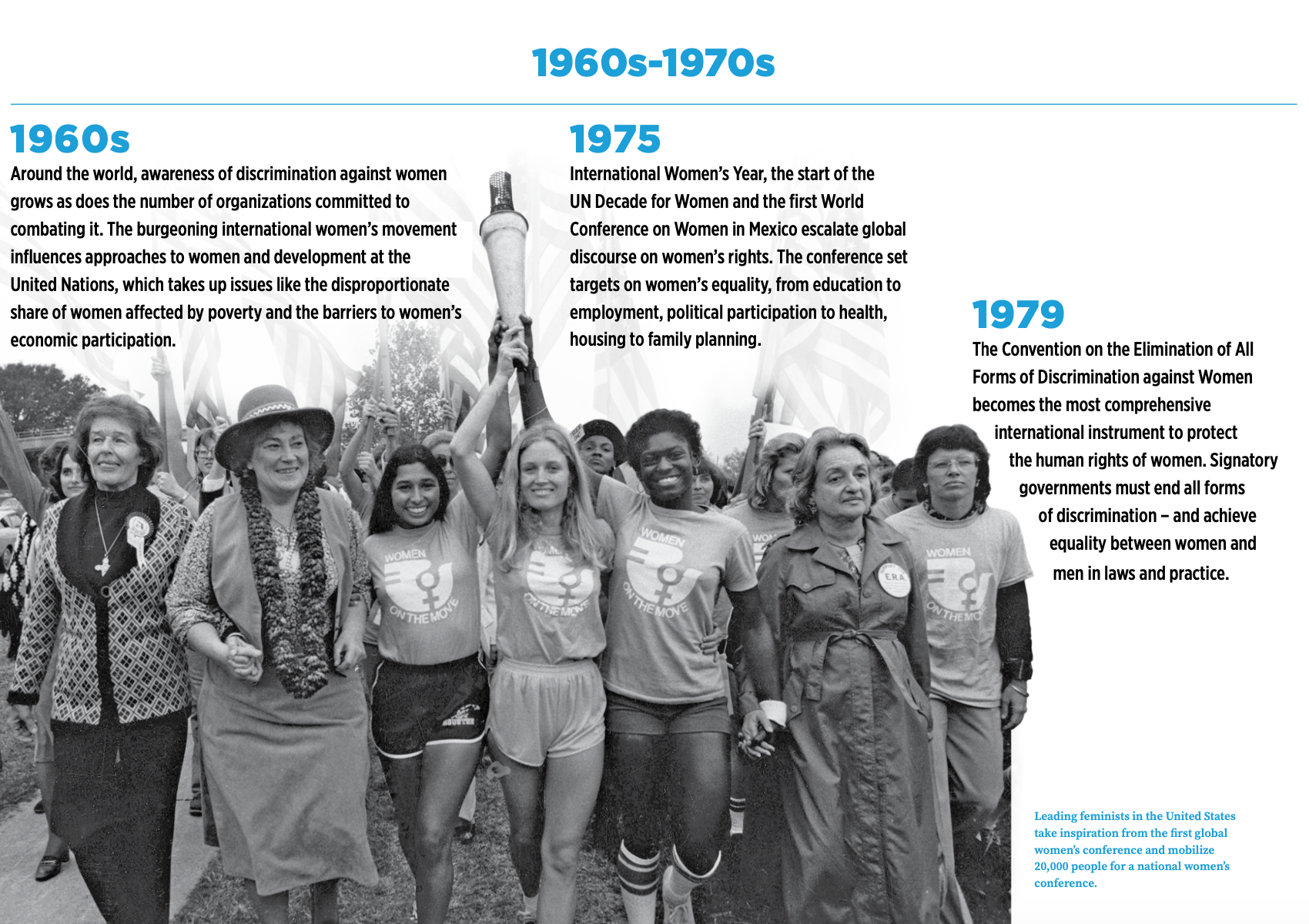 Photo: Pat Field/National Commission for the Observance of the International Women’s Year/PhotoQuest/Getty Images 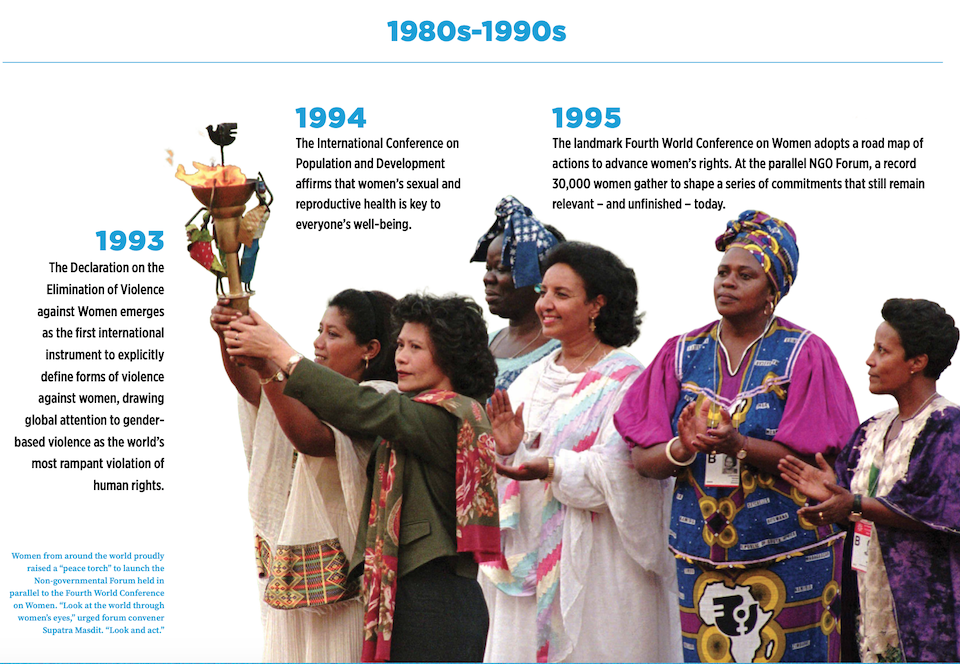 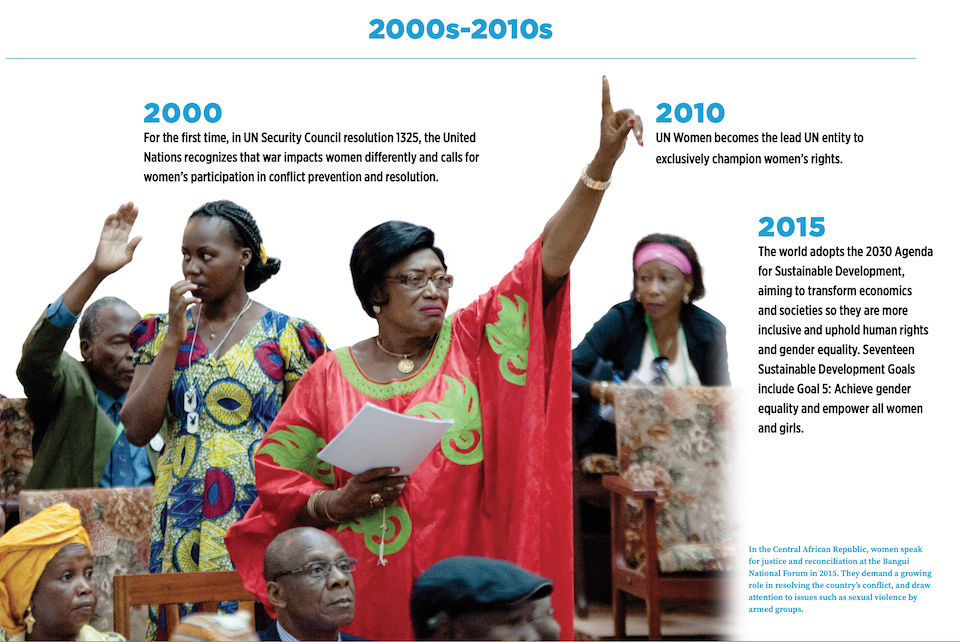 The world is closer to gender equality than ever before. Still, we have much work ahead. Discriminatory laws in some places still mean that: 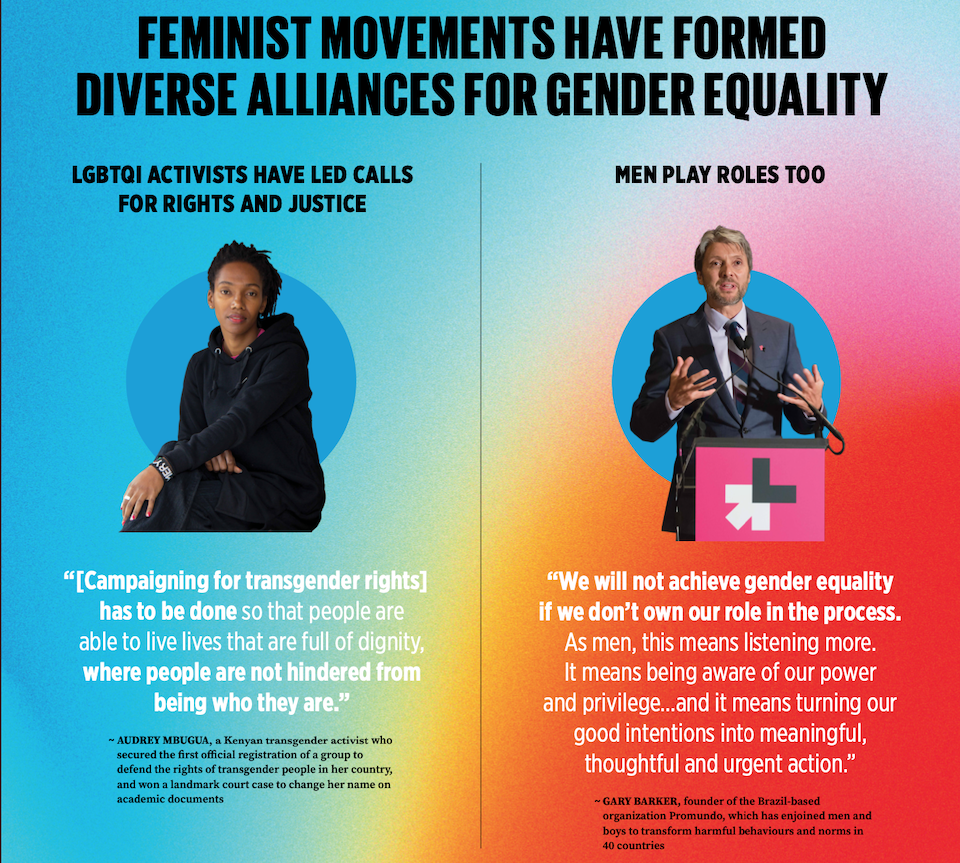 The rise of digital activism

The hashtags say it all: Women, girls and people of diverse sexual orientations and gender identities want a life free of violence and a gender-equal world. The digital space has amplified feminist voices, sparked transformations and brought a surge of young activists to the vanguard of movements for equality. 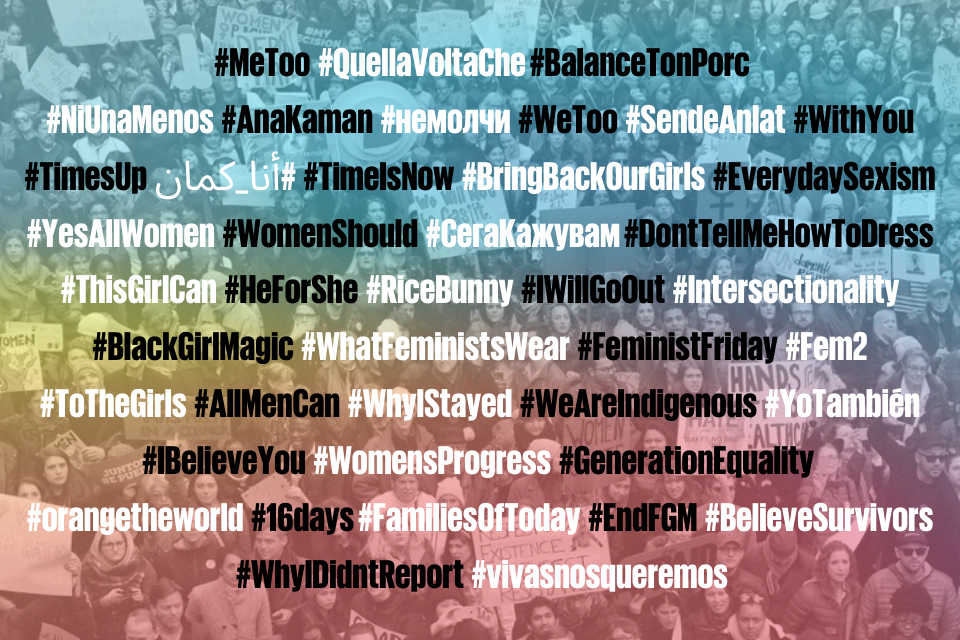 2020 marks the 25th anniversary of the Beijing Platform for Action, adopted at the 1995 Fourth World Conference on Women. It is a time to celebrate progress, but also to recognize that change has been too slow. Forces are at work to reverse some advances that have been made.

The movement for gender equality must continue and grow. Around the world, UN Women is connecting a vibrant young generation of women’s rights activists with the visionaries who created the Platform for Action, and everyone in between.

Together, they are Generation Equality. Their brave and energizing cry: finish the unfinished business of achieving gender equality. End imbalances in power and resources that have brought the world to the brink of a planetary crisis. Advance the rights of women and girls as indispensable to economic, social and environmental justice for all.

Progress and pushback. What needs to be done? 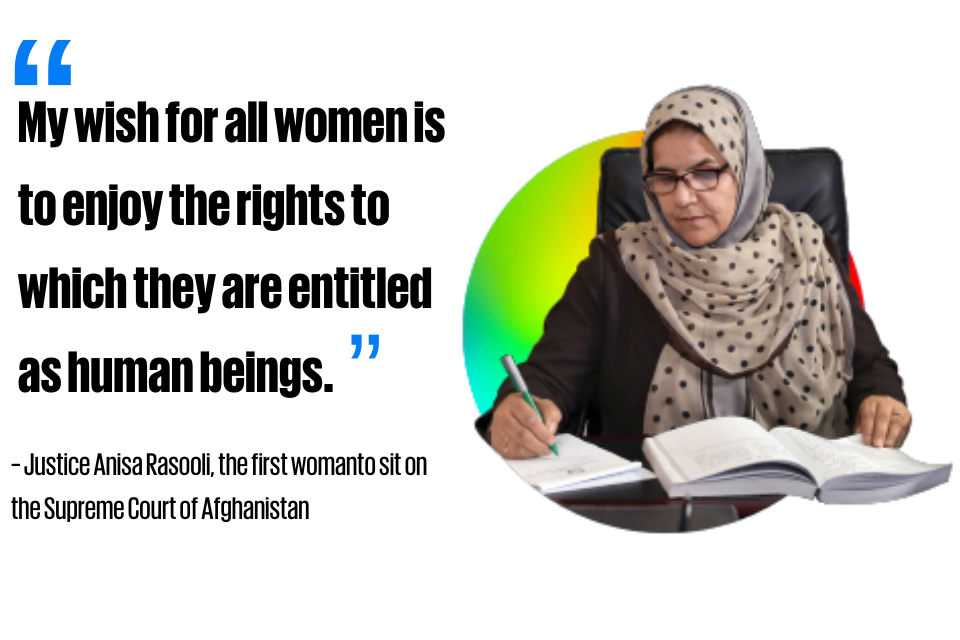 Progress: Between 2008 and 2017, 131 countries adopted legal reforms related to gender equality. Progress was most significant in sub-Saharan Africa.

Problem: Yet over 2.5 billion women and girls still live in countries with at least one discriminatory law. And even with legal equality on paper, gaps remain in upholding laws.

We can do better: Eliminate discriminatory laws. Close disparities in women and girls realizing their legal rights. 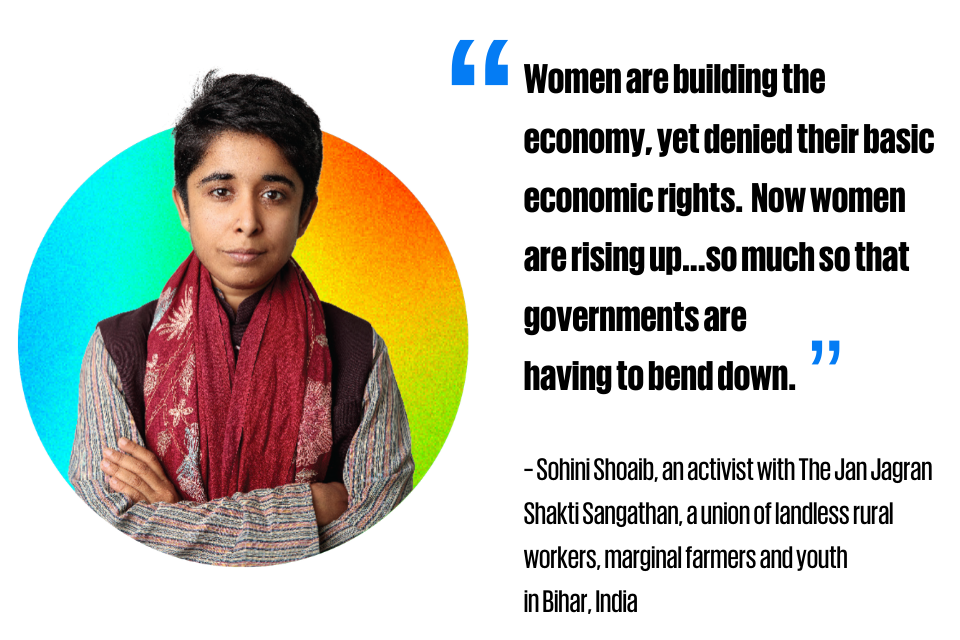 Progress: More women are in the paid workforce than ever before.

Problem: Globally, the gender gap in labour force participation is still 31 percentage points. Women do three times as much unpaid care and domestic work as men. Those aged 25-34, many of whom have small children, are 25 per cent more likely than men to live in extreme poverty. 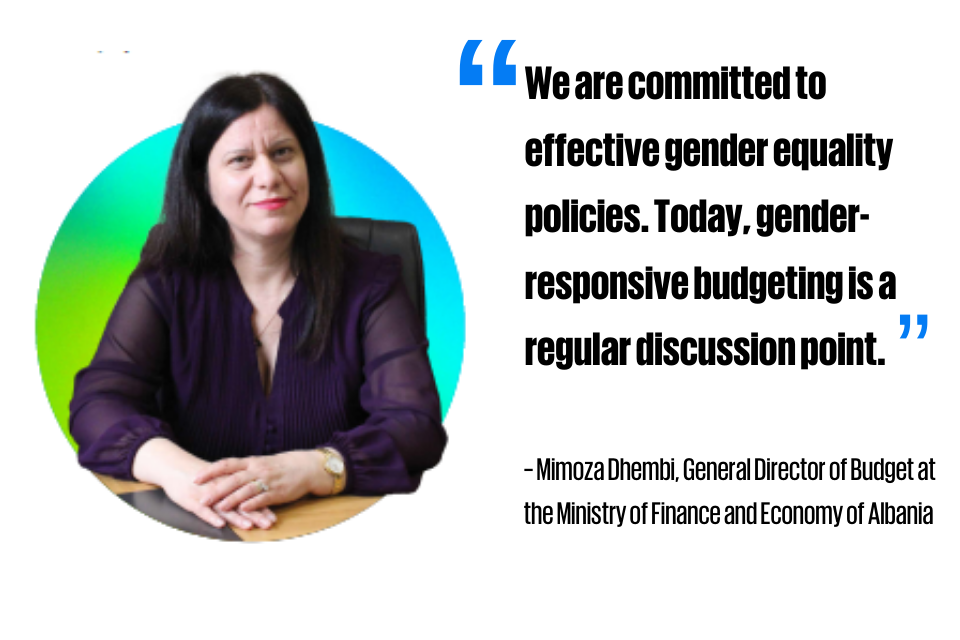 Progress: The Platform for Action was never costed, although a growing number of countries use tools such as gender budgets to track whether or not public spending aligns with gender advances.

Problem: Shortfalls in financing are obvious across the board, keeping girls out of school, slowing progress on maternal mortality and constraining the response to gender-based violence, among many other issues.

We can do better: Mobilize and allocate resources in ways that are progressive, sustainable and gender-responsive. 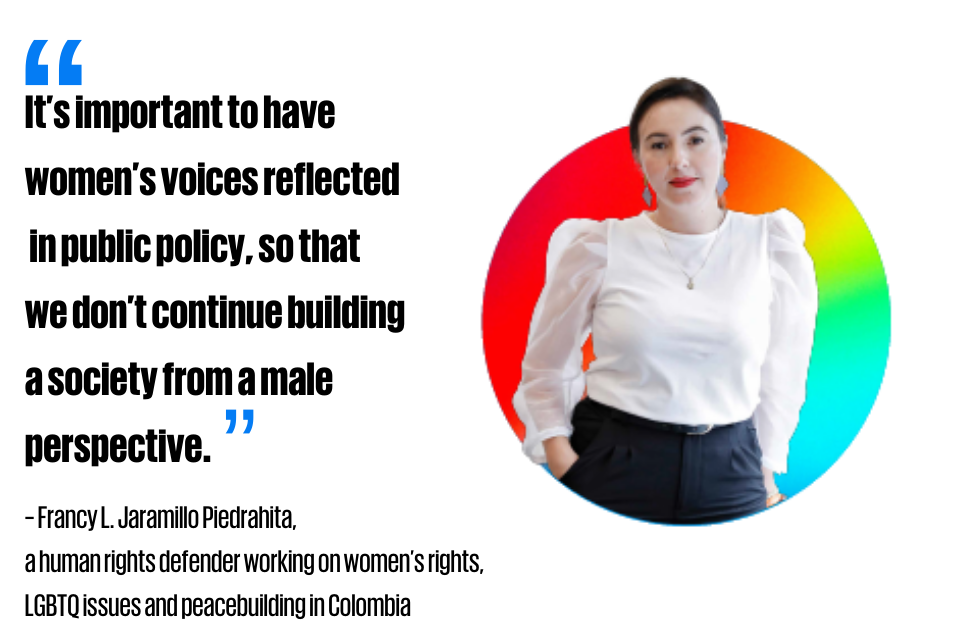 Back women leaders at the forefront of change

Progress: Strong and autonomous feminist movements drive progress on gender equality. Women leaders have made their mark across public institutions, and in business, the arts, the media and beyond.

Problem: Spaces for women to lead and participate are shrinking. Some outspoken activists put their lives on the line. Globally, men control more than three-quarters of seats in parliaments. In 2018, only a dismal 7.7 per cent of peace agreements had provisions responsive to gender. 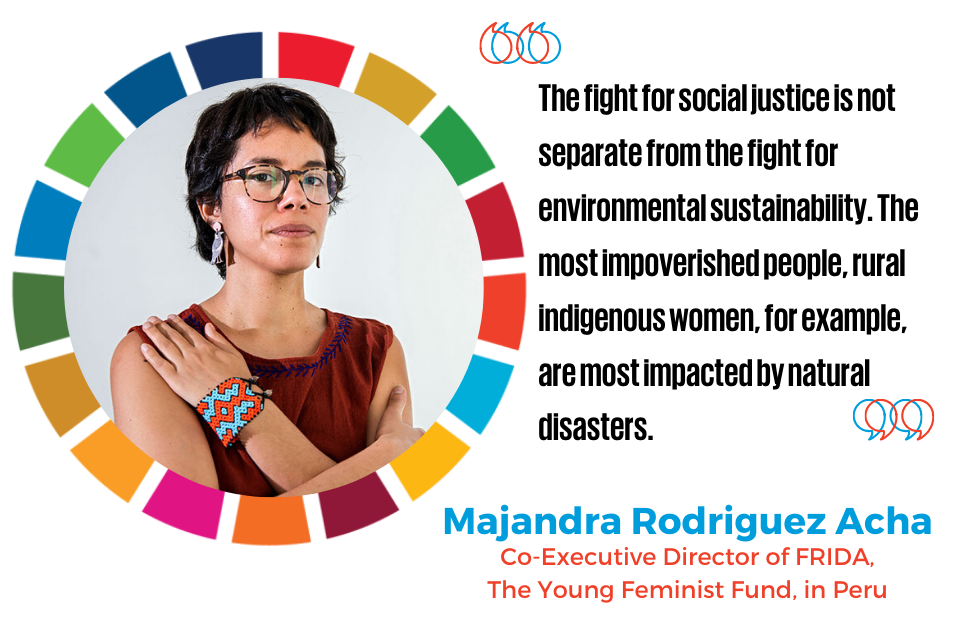 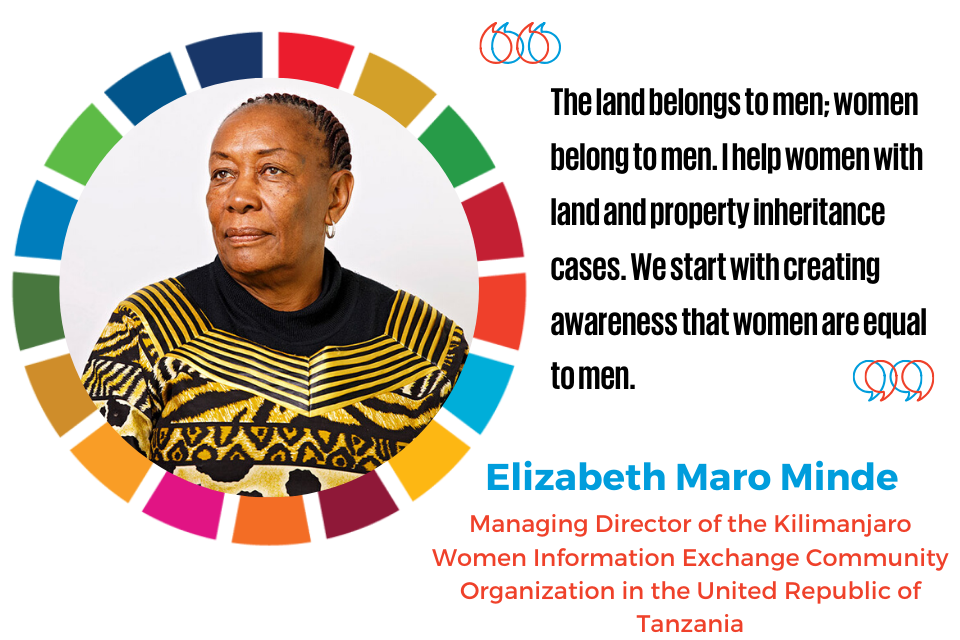 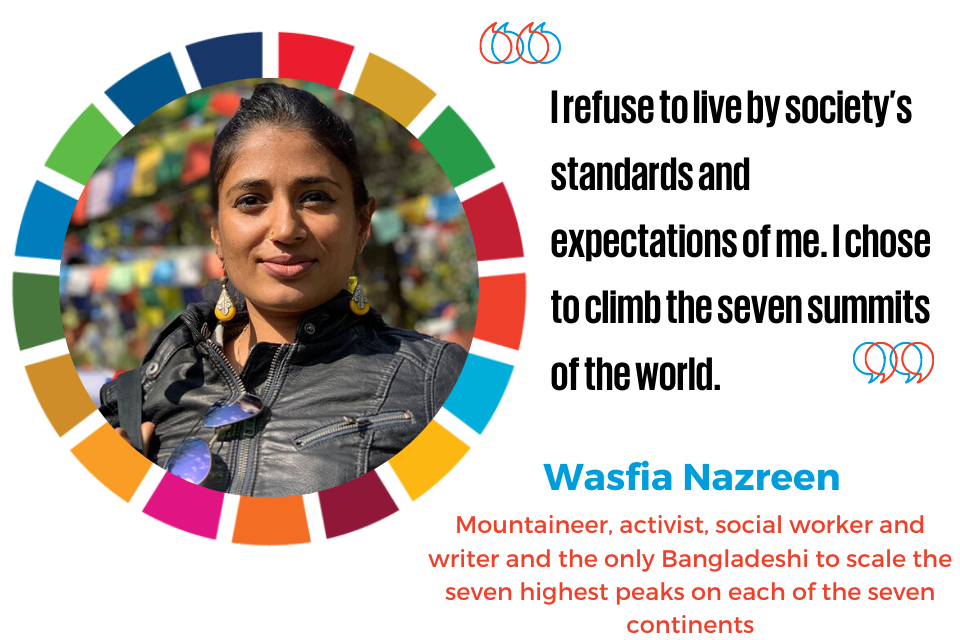 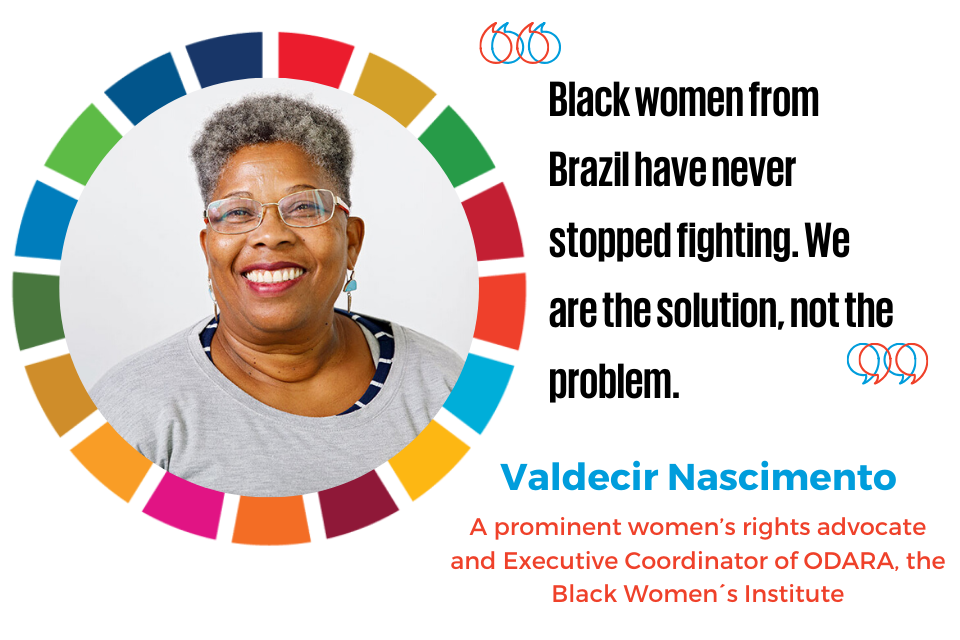 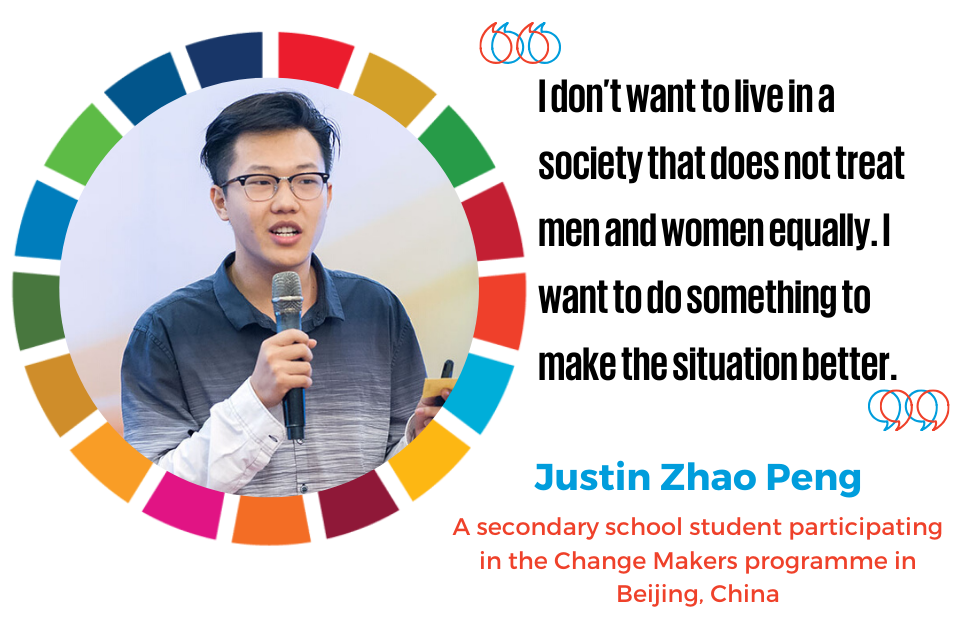 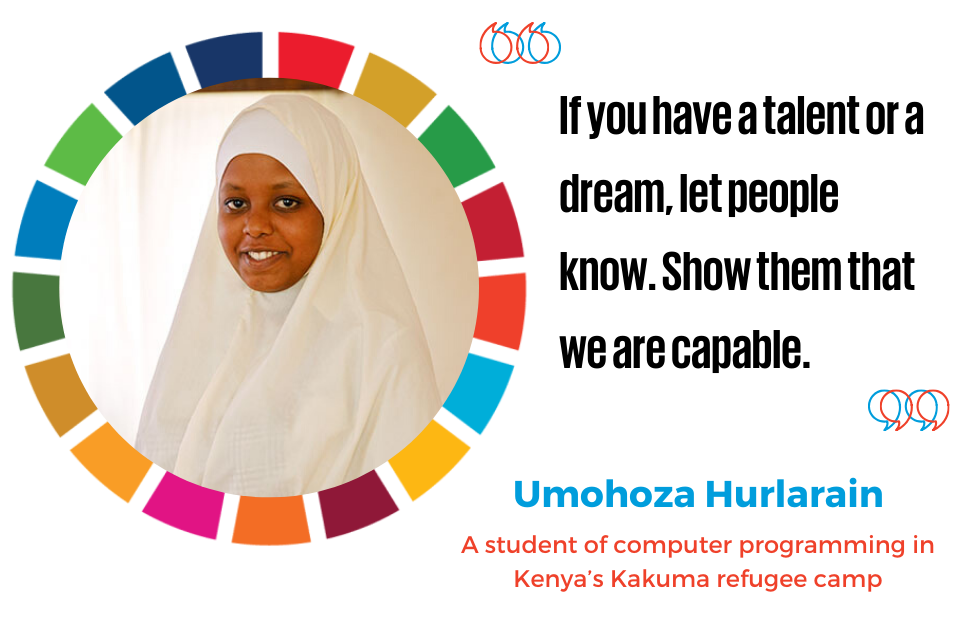 For more voices from Generation Equality and to get involved, visit https://www.unwomen.org/en/get-involved/beijing-plus-25

This is your chance to show the world that you stand on the right side of history. So, what are you waiting for? Voice your commitment to an equal future on social media, using #GenerationEquality! You can download cool GIFs, slogans and more in our social media package. Sign up for monthly newsletters for more stories from around the world.