In Focus 2017: Leave No One Behind - End Violence against Women and Girls

A life without the threat of violence for everyone: leave no one behind

In a message for the International Day for the Elimination of Violence against Women, UN Women Executive Director, Phumzile Mlambo-Ngcuka says, “Violence against women and girls is not inevitable. There are many ways to prevent violence in the first place and to stop cycles of violence repeating…At the heart of today’s theme of ‘leaving no one behind’, is leaving no one out.”Read the full message►

The 16 Days of Activism Against Gender-Based Violence, a global campaign spanning from 25 November through 10 December, is taking place this year against the backdrop of an unprecedented global outcry. Millions have rallied behind the hashtag #MeToo and other campaigns, exposing the sheer magnitude of sexual harassment and other forms of violence that women everywhere suffer, every day. Breaking the silence is the first step to transforming the culture of gender-based violence.

One in three women and girls experience violence in their lifetime—that is one too many. It happens in every country and every society. It happens at home, in schools, on the streets, at work, on the internet and in refugee camps. It happens during war, and even in the absence of war. Too often, it is normalized and goes unpunished.

Ending violence against women and girls is possible. There are proven solutions for supporting and empowering survivors to stop the reoccurrence of this violence. Laws and policies are powerful tools to punish perpetrators, provide justice and services, and end impunity. There are many ways that we can resist and prevent violent norms, attitudes and behaviours that perpetuate violence against women, and everyone has a role in it.

While gender-based violence can happen to anyone, anywhere, some women and girls are particularly vulnerable—for instance, young girls and older women, women who identify as lesbian, bisexual, transgender or intersex, migrants and refugees, indigenous women and ethnic minorities, or women and girls living with HIV and disabilities, and those in humanitarian crises.See our top stories from around the world that show what it means to leave no one behind, and what people are doing to stop the cycle of violence against women.

RESIST
Violence against women is not inevitable. There are many ways to prevent it from happening. Everyone has a role to play, and prevention must start early.

EMPOWER
Empower women and girls, support survivors through adequate services so that they can rebuild their lives and stop violence from reoccurring

RISE
Survivors around the world are speaking out, turning their lives around, holding perpetrators accountable, and inspiring others.

TRANSFORM
Transform the culture by enforcing laws that protect women’s rights and changing the attitudes that condone violence against women.

Speaking Up is an audio series dedicated to documenting the voices of women worldwide. Our hope is to give women the opportunity to make meaning of their experiences through the stories they share.

When Faten* sought to escape years of abuse and divorce her husband, he refused and left her destitute. Faten sought the help of Ayah, a lawyer at the UN Women-supported Palestinian Centre for Human Rights (PCHR). In their conversation, Faten looks back at the time Ayah stepped in to ensure she was not left behind.
*Name changed to protect the identity of the survivor.

Rodica Carpenco from Moldova endured years of domestic violence in her marriages. Trying to cope with the mistreatment that also affected her children, she turned to alcohol. The only person who stepped in to support her was her village Mayor Ion Lupascu. In their conversation, they discuss the importance of accessing services and providing emotional support. 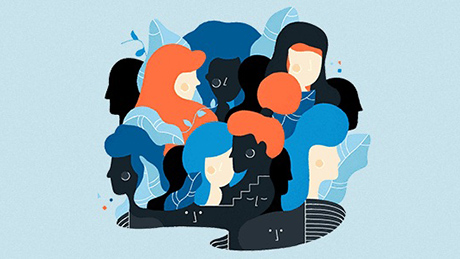 Video: A fact you should know...
One in three women and girls will experience physical or sexual violence in their lifetimes.

A host of public events—from marches, exhibits and concerts to sporting events—are being organized under the banner of the UN Secretary-General’s campaign UNiTE to End Violence against Women by 2030, using the signature colour orange. As in previous years, iconic buildings and monuments will be ‘oranged’ to call for a violence-free future, including the parliaments in Bangladesh, Liberia, and Morocco, Rio’s iconic Corcovado, the Palace of Fine Arts in Mexico City, Mexico, La Scala theatre in Milan, the City Hall in Bogota, the National Theatre of Algiers, and Table Mountain in Cape Town, South Africa. See more ►

Join the conversation and Orange the World in 16 Days on social media! Hashtags: #orangetheworld and #16days

Orange your Facebook wall, Instagram and Twitter accounts with a variety of images, banners and promotional material. A social media package with sample messages in English, Spanish and French is available here. 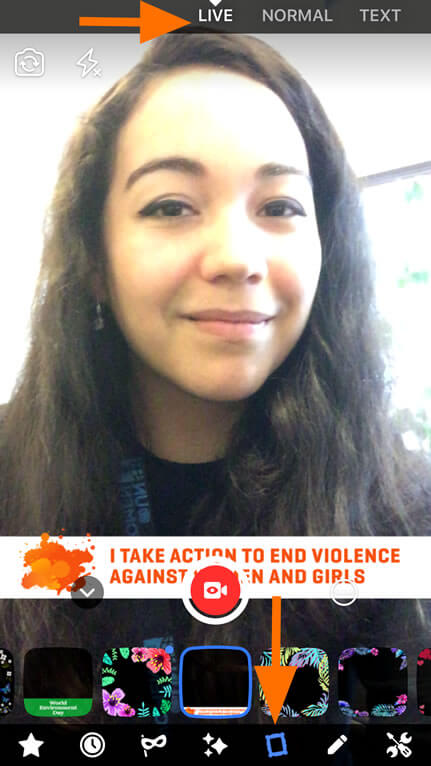 In line with the global theme “Leave no one behind”, we call on you to share your own story on how you have taken action, and what needs to be done to end violence against women and girls. In your Facebook mobile app, go to Live, click on the frame icon at the bottom, and select our camera effect. Go Live and speak out! 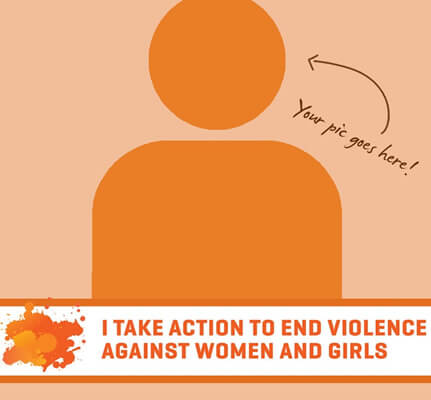 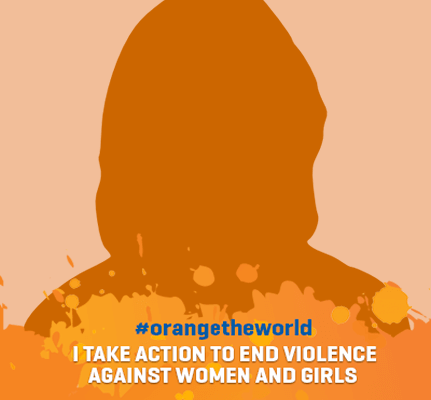 Orange your profile picture on Twitter to show your support!