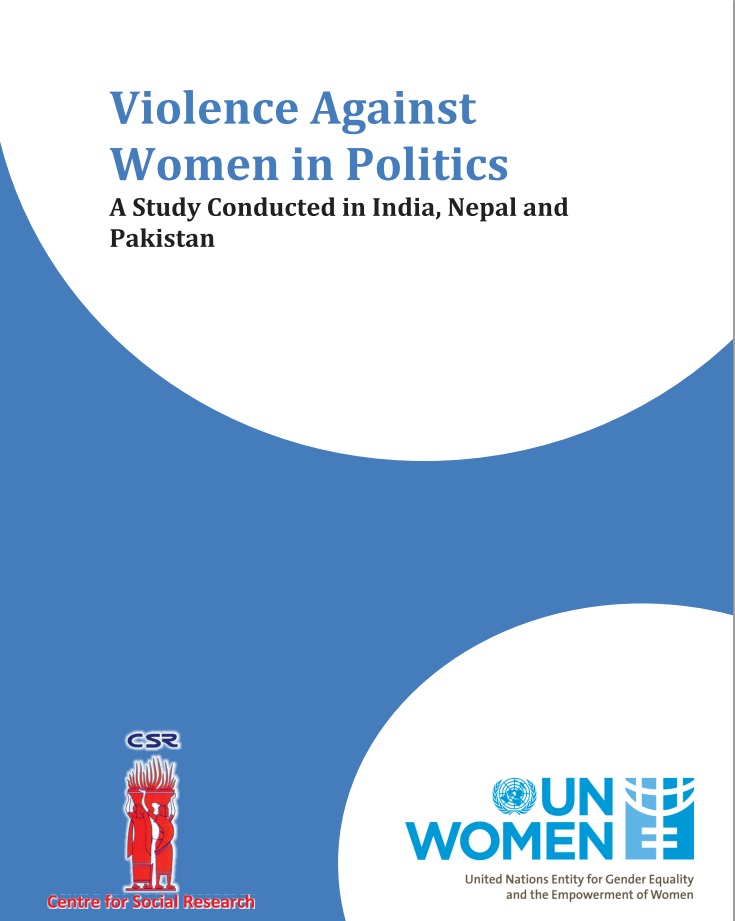 New Delhi — Violence against women in politics is rampant in South Asia according to a new study conducted by the Centre for Social Research and UN Women. The study, ‘Violence against Women in Politics’ revealed that the insufficient implementation of laws, lack of support from police and judiciary, the socio-economic divide and current power structures are the major reasons for violence.

The study was conducted in India, Nepal and Pakistan and analyses incidents of violence that occurred from 2003 to 2013. It was conducted to address the nature, extent and reasons for violence that inhibits women’s political participation. Approximately 800 respondents were interviewed including election commission officials, police, contestants, and families in urban and rural areas.

Except for a few chosen female politicians, most of the elected female representatives have a limited or marginal role in important discussions within their political party. Ranjana Kumari, Director, CSR said “South Asia is home to one-fifth of the worlds’ population and one-third of South Asian women experience violence throughout their lives, which is also a common feature of South Asian politics. Candidates, their families as well as voters have routinely faced violence during elections. The violent nature of politics within South Asia often deters women from participating within the political sphere.”

The study confirms that the existing cycle of violence is also fuelled by current power structures and gender discrimination:

The study finds that women are denied their rights to participate in politics at every stage:

Women in politics, especially those who are first generation politicians, face discrimination at all levels:

“Violence against women is institutionalized through family structures, wider social and economic frameworks and cultural and religious traditions and is a widely accepted method for controlling women,” added Mr. Kumari. “Moreover, it is largely overlooked by law enforcement agencies and is ignored by those in power.”

The study recommends that urgent action be taken at different levels: