From where I stand: Florah Maswanganyi 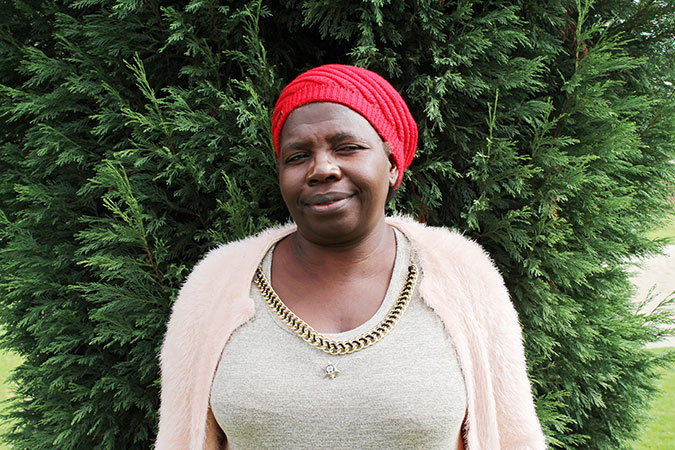 I’m a small-scale farmer from Giyani Village. I started with three poultry houses with 1,000 chickens each. But last year I lost 1,800 ready-for-market chickens because of the drought. They couldn’t stand the heat; they died like flies every day. I didn’t have the money to restock.

The hardest part of being a woman is that it’s difficult for us to get access to land. The law gives us access to land, but the men in charge of approving the applications don’t believe women should own land. I think my application for land was passed because they only read the business name and didn’t realize that I was a woman.

Now that I have land, I can farm. I have cleared two hectares of land for cultivation—I had to burn the trees and then dig out the roots to plough the land because I couldn’t afford a grader. I’m growing butternut and beetroot. I recently harvested my butternut; they are delicious, and 100 per cent organic.

I would like to replace the chickens I lost, but I need financial assistance. I’ve contacted my local government municipality and the Department of Agriculture, Forestry and Fisheries. It hasn’t worked yet, but I am not giving up.”

Florah Maswanganyi, 54, is a farmer from Giyani Village in Limpopo province, South Africa. She took part in a workshop on the effects of climate change on rural women and women smallholder farmers, which aimed to strengthen rural women’s voices in advocating for gender-sensitive climate change agreements. The attendees, most of whom were from women’s farming and climate change organisations, worked with UN Women to identify best practices for encouraging and facilitating women’s leadership in responses to climate change. The workshop, hosted by UN Women’s South Africa Multi-Country Office in Johannesburg, is in line with the new Sustainable Development Goals, including SDG 2, which calls for ending hunger, achieving food security, improved nutrition and promoting sustainable agriculture and SDG 13, which focuses on taking action to combat climate change and its impacts.

Related News
12/12/2017
Press release: UN Initiative to boost resilience of women and youth in the Sahel through climate-smart agriculture launched at One Planet Summit
20/07/2016
From where I stand: Lorraine Kakaza
21/09/2015
Senegalese rural women strive for the sustainable use of sea resources
04/04/2013
Dar es Salaam meeting brings women to the table on extractive industries
28/02/2022
A climate smart approach to drought in Kenya’s arid lands
END_OF_DOCUMENT_TOKEN_TO_BE_REPLACED