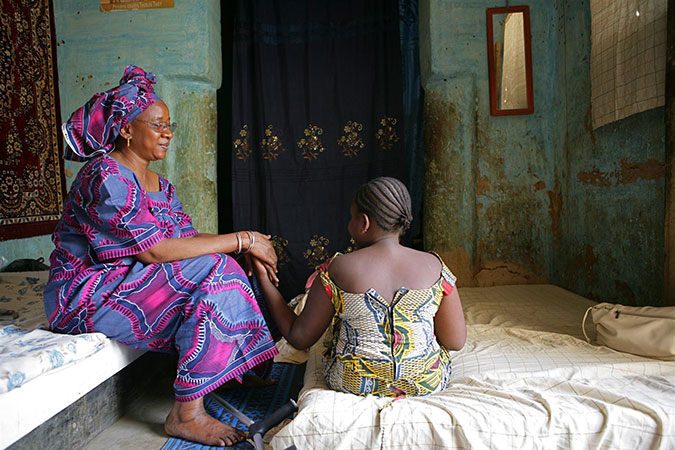 Statement by UN Women on the International Day of Zero Tolerance for Female Genital Mutilation, 6 February 2017
While there has been an overall decline in the prevalence of Female Genital Mutilation (FGM) across countries, this progress is likely to be offset by rapid population growth in countries where FGM occurs, unless efforts to eliminate the practice are renewed in light of recent research, and urgently stepped up. Read more»

“It's time to end FGM and give girls choices for their bodies and their future,” says UN Women Executive Director Phumzile Mlambo-Ngcuka. Read the full statement »

Let's put an end to FGM

Globally, at least 200 million girls and women alive today have undergone some form of female genital mutilation (FGM). If current trends continue, 15 million more girls could be affected by 2030. On the International Day of Zero Tolerance for Female Genital Mutilation raise your voice to #endFGM.

Take five: “To end FGM, we have to break the culture of silence”

In Western Kenya FGM rates among younger girls is going up. Janet Anyango, Programme Officer with the Federation of Women Lawyers (FIDA), Kenya, talks about the practice of FGM in the communities and what is being done to end FGM. Read more»