In the words of Itumeleng Komanyane: If male policymakers don’t understand gender, how can they pass progressive policies to protect women? 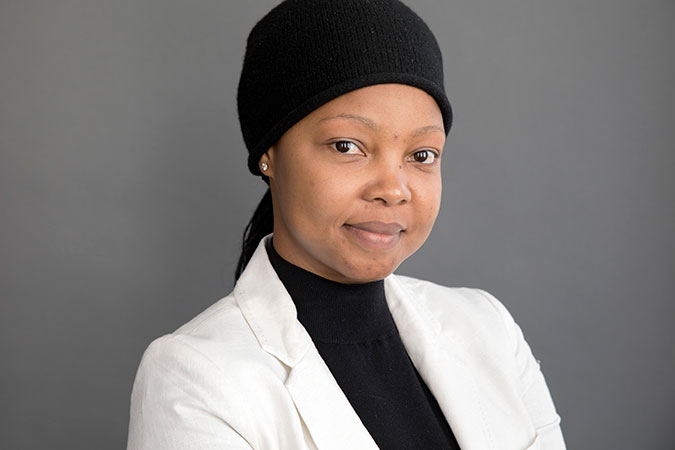 Itumeleng Komanyane is the International Programme Manager at Sonke Gender Justice in South Africa, which advances gender equality and addresses HIV and AIDS across eighteen countries in Africa. At Sonke, she coordinated a multi-country project funded by the UN Trust Fund to End Violence against Women (managed by UN Women on behalf of the UN system) from 2011-2014, which focused on increasing support among men and boys to end gender based violence in Kenya, Rwanda and Sierra Leone. Recently, Komanyane attended the 61st session of the UN Commission on the Status of Women, the global intergovernmental body exclusively dedicated to the promotion of gender equality and the empowerment of women.

Why is it important to engage men and boys to help end violence against women–that’s a question that I get asked all the time! And my response is always the same: The violence that women and girls face usually occurs at the hands of men and boys, so we need to work with the perpetrators to end these crimes.

We engage with men as champions of change along three main types of interventions. First, we work with men to understand how misogyny and patriarchy inform social norms, and what about their socialization makes violence an option. We do this to change these social norms and prevent violence against women.

We engage with male policymakers to improve their understanding of gender equality. The policies they pass are shaped by how they interpret gender. If they don’t understand gender, how can they pass anything progressive regarding women’s rights and empowerment? In Kenya, training male parliamentarians on gender issues has made them more willing to accept advocacy on women’s rights. A common exercise we carry out is to ask them to write down everything they do in a 24-hour day—for example, from the time they wake up until they go to sleep, and then compare that to their wife’s routine. Once they do this exercise, it’s like a light bulb goes off in their mind! They say, “I didn’t realize just how much more my wife does!” Then we bring out the policy brief and say this policy is what we are negotiating and why. Sometimes, you can’t get someone to change, but instead you can get them to start engaging because then they start to see things differently.

We also work with male religious or community leaders as they are the custodians of culture and traditions. They often hold the power and influence to reinforce negative practices in community spaces, or to transform cultural practices. People sometimes think of tradition as something stagnant or permanent, but after working with men, we see many of them speaking out against harmful traditional practices and championing change. For example, fathers saying that their daughter will go to school. However, for cultural shifts to occur, women must also embrace them. In Rwanda, we led a workshop for men on how to be supportive partners and caregivers in the home. One man explained, “I went home and started washing the dishes. But then we had visitors, and so my wife asked me to stop.” Women have internalized patriarchy and we need to support them in embracing change.

Working with men to encourage positive attitudes and behaviours towards women is crucial to reducing the violence women face. Our experience with men in Sierra Leone working to prevent Female Genital Mutilation powerfully highlights this. At the start of our workshop, one of the male participants stated with conviction, “FGM must be practiced.” A few days into the workshop, he said, “Before, I did not understand what FGM means and what it does to women’s bodies. I wouldn’t want that done to my daughter. I’m going to work to prevent this from now onwards.”