In the words of Lilian Soto: “The presence of diverse women in politics generates different kinds of public policies” 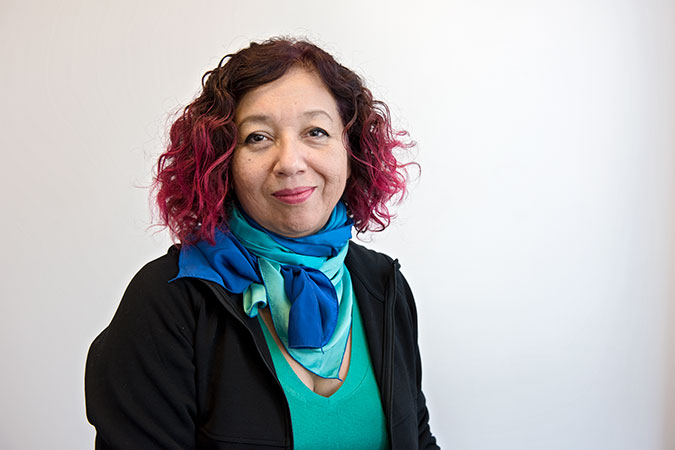 Lilian Soto is a Project Coordinator at the Centro de Documentación y Estudios (CDE) in Paraguay, a non-governmental organization supported by UN Women Fund for Gender Equality, working to promote human rights and social transformation. Ms. Soto was also councilwoman for Asuncion – the capital of Paraguay - from 1991 to 2000, and continues to participate in politics in the socialist, feminist and environmentalist political movement “Kuña Pyrenda”, which means “place where women put their feet” in the local language. She and her organization were behind the law on democratic parity pending before the Chamber of Deputies.

8th of March this year was a historic day in Paraguay. The Senate approved a proposal on democratic parity that, if finally passed by the Deputy’s Chamber (in April), could change the course of our country. The Senate’s decision was the result of four years of hard work that began with the formation of a “support group” of democratic parity (Grupo Impulsor de la paridad, in Spanish). I was part of the group from its inception.

We knew that this would be a big challenge in our macho and patriarchal political environment. Our strategy was to start an initial debate among women of all political parties behind closed doors, so we could have an honest discussion and reach an agreement that would suit us all. We also did extensive research of the experiences of other countries on this issue within the region.

After a year, a strong consensus on a proposal for democratic parity was reached, and we started the process of raising awareness of the proposal among different groups of people. Part of this process was about explaining what we meant by democratic parity—that it is not so much about increasing quotas reserved for women, but about a redefinition of democracy. The plurality of society is still not represented in the institutions, and that has a clear impact on policies as well as in women’s participation and leadership opportunities.

Such low representation is not due to a limited number of women candidates – there are over 40 per cent of women candidates. But more men are selected because of their place in the lists, and because it is not an egalitarian process. Personally, I ascended to spaces of political leadership when I was very young. But I had to fight to get there. For instance, when I was elected at the student body in my university after male colleagues tried to dissuade me from running, they put up graffities on the wall calling me a slut.

We were determined to establish parity in all the organizations of the society—for example, trade unions, justice system and student bodies—not only in the political sphere. We were also confident that we needed to impose sanctions on those who would not comply, and the agreement was that they would be excluded from the election.

In 2016, we got a total of 14 Senators, including 9 women, to file the proposal. Support from the UN Women Fund for Gender Equality was crucial to disseminate information throughout the country, train women to raise awareness and lobby decision makers, and to advocate for getting the proposal approved. Progress was slow, so we intensified efforts and started carrying out face to face meetings with all the Senators.

The vote finally took place on 8 March. In a Senate of 45 seats, we only needed 23 votes to pass the proposal, but we got 33! Now the proposal is at the Deputies’ Chamber, who will discuss and vote on April 4.

I believe that the main ingredient of our success was that in every meeting, workshop and debate, we ensured ample representation of the social and political spectrum of women, and there was not one person or group who could appropriate the parity project exclusively for their own interest. UN Women’s support also ensured the initiative was non-partisan.

This law would be really important because the presence of diverse women in politics generates different kinds of public policies. For example, women from privileged social classes would not push for social care policies as much as peasant women would do. But, having the chance to have more women in politics, with equal opportunities, would generate that diversity. And, if it is adopted in April, the next step would be to decentralize the support group to different parts of the country, so that what’s in the law gets implemented."

Related News
06/06/2016
From where I stand: Lucía del Socorro Basante
02/03/2015
“We ourselves are here for repurposing – to exchange ways for ensuring more and substantive women's leadership and women’s power” – UN Women Executive Director
10/03/2021
Press release: Women in politics: New data shows growth but also setbacks
27/02/2019
Ask a Senator: How does Bolivia have such a high representation of women in politics, and why is it important to include women’s voices in politics?
31/01/2019
Women’s groups to monitor the local elections in Turkey from gender equality perspective
END_OF_DOCUMENT_TOKEN_TO_BE_REPLACED