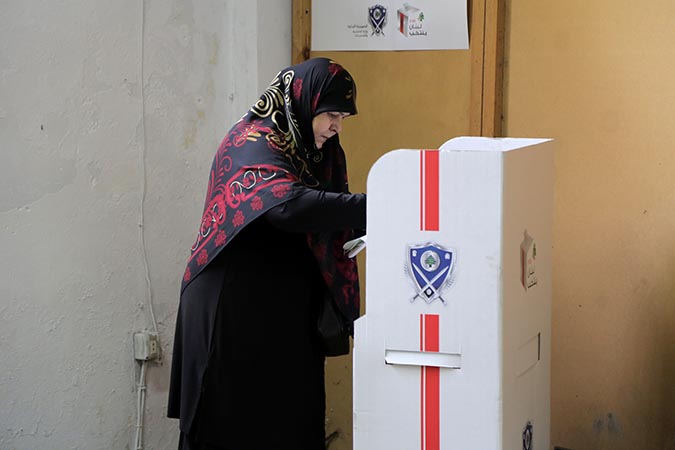 In its highly anticipated parliamentary election in almost ten years, Lebanon saw a record number of women on the ballot. An unprecedented 113 women registered as candidates, and 86 of them made it to candidate lists. This was a whopping increase from 2009, when only 12 women candidates had registered.

The elections resulted in six women being elected to Parliament, reflecting hard-won victories, but also the long road ahead for women candidates. The outgoing parliament had only four women parliamentarians out of 128.

Paula Yaacoubian, one of the registered candidates, and the only woman from civil society to be elected to the Parliament, said: “This year women themselves took the initiative to participate as candidates, to push things forward,” adding that without a specific quota for women and with the prevailing attitudes that prefer male candidates, women didn’t make it to all party lists.

For Minister of State for Women Affairs, Jean Oghassabian, the high number of women candidates signals an important political momentum: “Lebanese women have shown courage and perseverance [as] expressed by the high number of women candidates…The process will not stop following the elections, but will develop [further] to achieve the results we hope for in the interest of society, the institutions and Lebanon.” 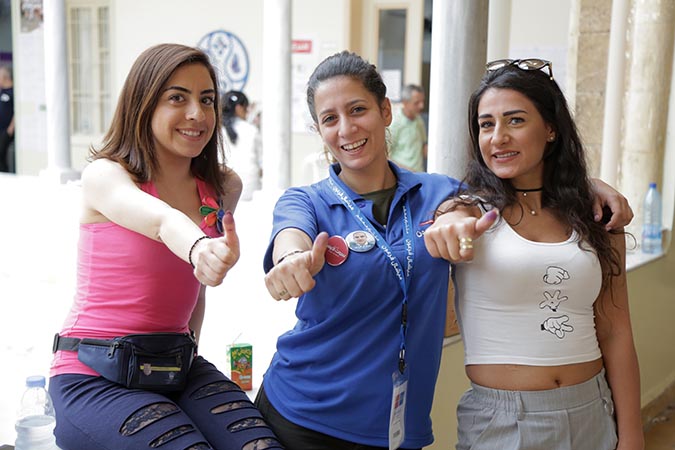 Women in Lebanon show off the electoral ink after voting in the parliamentary elections. Photo: UN Women/Jean Safi

Lebanon is often considered a liberal country in the Middle East region, with a vibrant feminist movement. However, Lebanese women have mostly remained on the sidelines of political power. In the last five parliamentary elections the number of women elected ranged from three to at most six [1]. There is just one woman serving in the ministerial cabinet out of 29 members, and at the local level, women constitute less than 5.5 per cent of council members.2 The electoral law does not include any “Temporary Special Measures”, such as special quota system for female candidates.

The slow progress in women’s political participation stems from deep-rooted gender stereotypes and patriarchal attitudes. The International Men and Gender Equality Survey (IMAGES) in the Middle East and North Africa coordinated by Promundo and UN Women, found 32 per cent of men and 65 per cent of women in Lebanon contend that the belief that “men and women are equal” is not a part of Lebanese tradition and culture.

Ahead of the 2018 elections, UN Women, in partnership with the UNDP- and the European Union, joined efforts with the Office of the Minister of State for Women’s Affairs in Lebanon to launch the Roadmap for Political Empowerment and Leadership of Women in Lebanon. 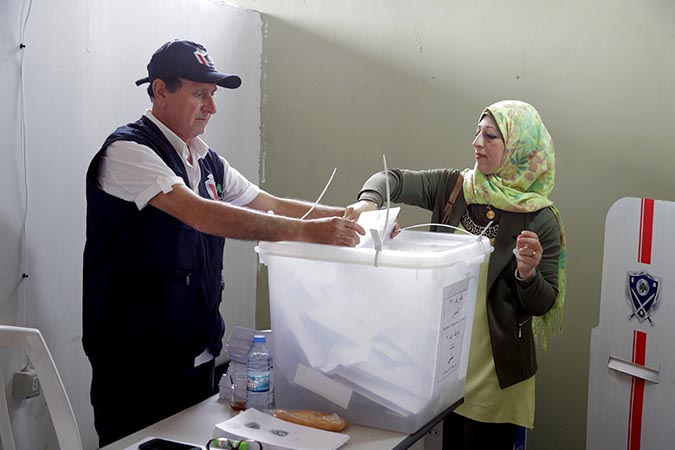 The Roadmap, launched in January 2018, is a programme that advocated with political party leaders to promote women’s participation in the elections, and at the same time, worked with women leaders and women candidates to strengthen their campaign skills. Additionally, it supported the creation of a awareness campaign in the media under the theme, "Half the society, half the parliament", which promoted positive portrayal of women in politics and encouraged political parties to endorse women candidates in electoral lists.

Patricia Elias Smida, a candidate who attended a training of the programme but didn’t win, was not surprised by the overall election result. “Parliamentary elections in Lebanon require huge financial means,” she said. “A quota for women is crucial to change women’s entry into politics... special measures, such as free media placements for women candidates, are also needed.” 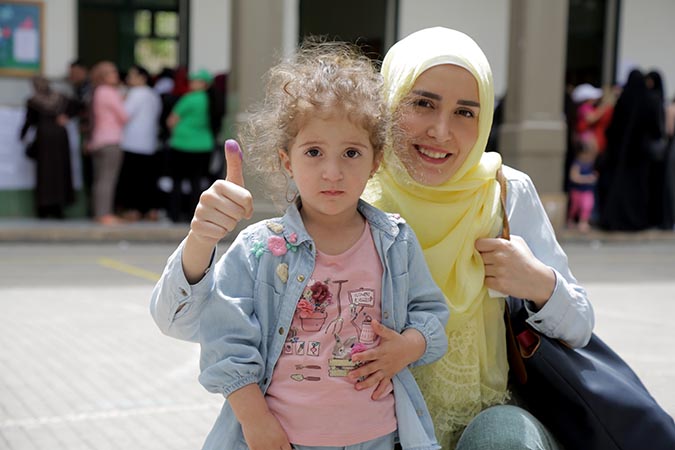 A woman shows off the electoral ink after voting in the parliamentary elections in Lebanon, with her daughter. Photo: UN Women/Jean Safi

Reflecting on the election results, Begona Lasagabaster, Special Representative of the Regional Director of UN Women congratulated the elected women and said, “I am especially thankful to the women candidates who registered and ran. Knowing the challenges and obstacles you faced, your brave and courageous fight is truly inspiring. History will remember you.”

Ms. Lasagabaster reiterated that UN Women will continue its efforts to advocate for gender balance in all decision-making positions; in the national institutions, but also in universities, private sector and trade unions in the country.

Related News
27/08/2018
Historic leap in Tunisia: Women make up 47 per cent of local government
20/08/2018
The Road towards a National Action Plan on Women, Peace and Security for Lebanon
18/12/2015
UN Women statement on the municipal elections in Saudi Arabia
27/06/2014
Women in power and decision-making: Strengthening voices for democracy
13/09/2013
Strengthening Voices for Democracy
END_OF_DOCUMENT_TOKEN_TO_BE_REPLACED