Take Five: “We should not tolerate any violence and should not be bullied into silence” 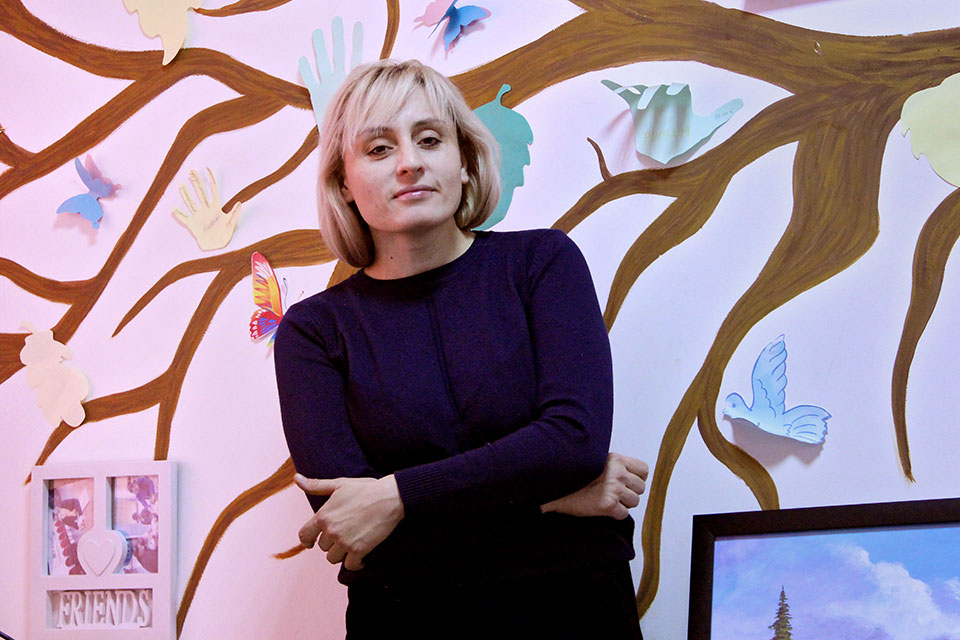 Anna Ryl is a women’s right activist and heads the “Korgau Astana” public foundation in the capital city of Kazakhstan. The foundation was/set up? the first shelter for victims of domestic and sexual violence in Nur-Sultan, providing free legal and psychological services for survivors. The best practices and expertise developed by the shelter fed into the standard procedures for the crisis centres in Kazakhstan. Today, the organization has the branches across the country. Since 2018, the “Korgau Astana” has launched the rehabilitation services for women who have returned from conflict-affected Syria.

In Kazakhstan in 2017, 1371 rapes were recorded, 98 per cent of which were committed against women. That’s 1 in 3 women daily. At the same time, we know that very often victims of violence are reluctant to file complaints to the police, meaning that the real numbers may be even higher. What stops women from reporting such violence?

The main reason is the strong stigma towards women and girls who have been sexually abused. This is aggravated by perpetrators and the relatives who exert pressure upon the victim to suspend any legal process. The relatives of the victims fear public ridicule, and often prefer to keep [the truth] within the family, [away from the public eye].

The victims’ reluctance to seek justice also lie in the complexity of the investigation process itself. It is common to find that victims are under pressure, investigation processes are delayed, and the quality of the medical examination leaves much to be desired. There is also [lack of] professional ethics of police officers, investigators, medical examiners, etc. throughout the process.

If a woman experienced gender-based violence, what are the first steps she should take?

If such a situation suddenly occurs, first, call a loved one whom you trust and who can accompany you throughout the process. Second, keep the clothes that you were wearing during the incident so that you have physical evidence. Third, call the police immediately. Do not postpone, as is often the case, because a woman may need some time to muster the courage, recover, before calling the police.

I urge all victims to be strong and to be prepared to see through the entire process—from filing a complaint with the police to the legal processes.

What challenges do victims of sexual violence face in terms of social protection? Where do you see the biggest problems in providing them with necessary assistance?

From my perspective, there is no social protection for victims of sexual violence in our country. For example, we do not have crisis centres for women who have been sexually assaulted in public places, although a woman often needs this very much—she is often persecuted by relatives, the rapists themselves, forcing them to suspend the processing and give up on justice. They are not accepted into crisis centres for victims of domestic violence, and they do not fall into the category of recipients of social services of such centres. Moreover, even shelters are not a panacea. Insufficient funding for the work of crisis centres effects of the quality of services and the capacity to help and support every woman in need. Finally, it is also important to pay attention to working with perpetrators. At this moment, Kazakhstan lacks systemic nation-wide programmes for working with perpetrators, and whatever work that exists is experimental and fragmented.

We often hear that the victim is “herself to blame”. How can we change the attitude towards the victims in our society?

In our society the victims of violence are severely stigmatized. Victim-blaming is fueled by existing patriarchal stereotypes, perceived social roles of women as mothers, housewives and men as breadwinners. Very often, just a good relationship between a woman and a man is perceived as consent for a [sexual] relationship. Women and girls, who are involved as victims of rape or sexual violence investigations are most often described as bad, deceiving, and promiscuous. I remember how shocked I was by the words of a mother towards her daughter, who was raped by her stepfather: "I just fixed my private life and you ruined everything ..."

The starting point for changing this attitude is prevention – comprehensive, systemic, nation-wide prevention programmes. We need more awareness -raising in the society to cultivate the culture of zero tolerance for violence. We need education programmes for boys from a very early age and we must eradicate the economic dependence of women on men, thus breaking the vicious cycle of violence.

What can each of us as a citizen of the country do to reduce violence against women?

First and foremost, we should not tolerate any violence and should not be bullied into silence. We should avert any violence in our families, among our friends, in our communities.We need to speak up when know that violence is happening or has happened. If you ask me, why am I working with all these women in need? It’s because I simply cannot look away or accept this as the reality. Violence against women cannot be tolerated; this must change.