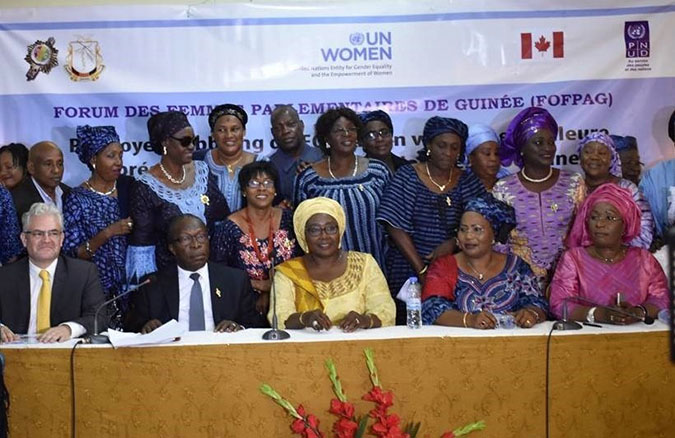 Participants in a UN Women and UNDP workshop on the Gender Parity Law. Photo: UNDP

The Republic of Guinea adopted on 2 May, a Law on Parity that says women must make fifty per cent of the candidate lists for elective positions. Article 2 of the Law, which was adopted by a unanimous vote, stipulates that: "Parity applies to any list of candidates for national and local elections, as well as for the holding of elective offices in public institutions".

The law has been in the making since the legislative election of 2013, where women, representing 51.7 per cent of the population and 50.8 per cent of voters obtained only 25 seats (21.9 per cent) out of 114 seats in the National Assembly (IPU data). UN Women and the United Nations Development Program (UNDP) supported Guinean parliamentarians with drafting of the Law on Parity as part of a joint project funded by the Government of Canada. They have also supported advocacy efforts by women parliamentarians and civil society organizations leading up to the adoption of the law in parliament. 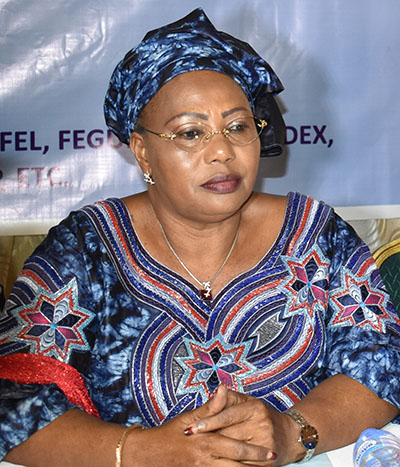 At the voting session on the law, the President of the Forum of Women Parliamentarians of Guinea, Hadja Fatoumata Binta Diallo, thanked UN Women, UNDP and the Government of Canada for their support and said, "The law will allow women of Guinea to access electoral mandates and elective functions in public institutions.”

The new law signals strong intention to expand women’s political leadership throughout the country. Article 3 and Article 6 of the Law specify that list of candidates must be alternately composed of candidates of both sexes and that lists are not admissible unless this condition is fulfilled.

“Rigorous implementation is key,” said UN Women Regional Adviser on governance and women’s political participation, Soulef Guessoum. “Previously, Guinea had a 30 per cent quota reserved for women at the national level, but this was never reached in practice. By stipulating an alternation between men and women on electoral lists… the new law prepares the ground for improving women’s representation in elected assemblies. The application of similar system in Tunisia permitted 31 per cent women’s representation with a proportional system, and in Senegal 42 per cent women’s representation with a mixed electoral system. Rigorous application of the law is the upcoming challenge for Guinean women.”

She added that UN Women and UNDP will continue to work together to support the implementation and the enforcement of the Parity Law.

“On behalf of the Government of Canada, I congratulate the Guinean Parliament, and in particular, the Forum of Women Parliamentarians, for unanimously passing the Law on Parity,” said Canadian Ambassador Lise Filiatrault. “This new law will help in giving voice to generations of Guinean women who wish to contribute towards the future of their country. Canada firmly believes that when governance structures are more inclusive and gender-balanced, everyone benefits.”

The Guinean electoral system is a mixed one; of the 114 deputies, two-thirds are elected on a national list based on proportional representation and one-third is elected by the first past the post system.