This is what leadership looks like: How three women mayors in Moldova are making a difference every day

Meet three women mayors from rural Moldova who have defied deeply entrenched gender stereotypes about women’s leadership and led their communities through the COVID-19 pandemic. From building public infrastructure to enabling citizen participation virtually, they have made their communities safer and more resilient. 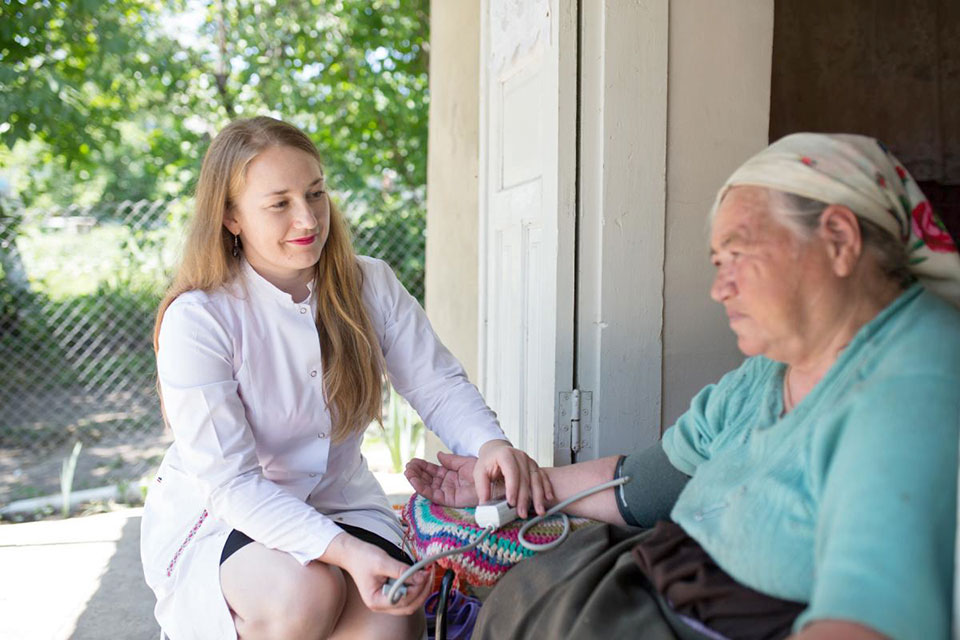 Elena Neaga is the first woman mayor of Balasesti since the independence of the Republic of Moldova, and the commune’s first young woman mayor.

While each comes from a different region and personal background, they have all defied stereotypes about women’s leadership and shown what responsive leadership during the COVID-19 pandemic looks like.

“Initially, many people were skeptical about a woman mayor,” says Neaga, but her skillful leadership during the pandemic and successful initiatives to increase citizens’ participation in local decision-making processes have shifted people’s beliefs about women as leaders.

“Now most have radically changed their minds,” Neaga says.

Growing up in Giurgiulesti, Galateanu did not see many women in leadership positions. However, when she returned after living abroad for three years, she wanted to change that.

“Inspired by what I saw in other countries, I said that I could change something. I ran for mayor,” she recalls.

Finally, Maria Galit is the mayor of Sarata Veche, a rural commune in Falesti district, which is known for its women leaders. Galit is Sarata Veche’s third consecutive woman mayor, and she is currently serving her fourth term.

While Neaga, Galateanu, and Galit presently enjoy strong support, they have worked hard to build relationships with their communities and challenge limiting beliefs about women’s leadership. Each of them have embodied tactful leadership, particularly during the COVID-19 pandemic, and sought to increase public participation in local politics.

“When the pandemic started, we procured visors for the health centre, and, from the local budget, we contributed to the opening of the COVID-19 unit at the district hospital.”

To continue engaging with citizens despite COVID-19 lockdown measures, Neaga’s administration created a Viber group, a popular calling and messaging app in Moldova, where people can share information an discuss about local issues.

The innovative solution was met with enthusiasm; more than 239 community members had joined the group as of October 2020.

Through this group, the local administration kept the community informed about new COVID-19 cases and prevention measures, and community members could share information, report violations of quarantine and social-distancing rules to prevent big outbreaks.

Before becoming a mayor, Elena Neaga worked as a family physician, and she has continued assisting community members with medical consults, free of cost.

Being a physician played in her favour, as she mobilized mobilized the community to quickly respond to the COVID-19 pandemic. She prioritized the procurement of an ambulance so that patients could be transported to the hospital safely. The ambulance now serves seven villages and over 10,000 people. 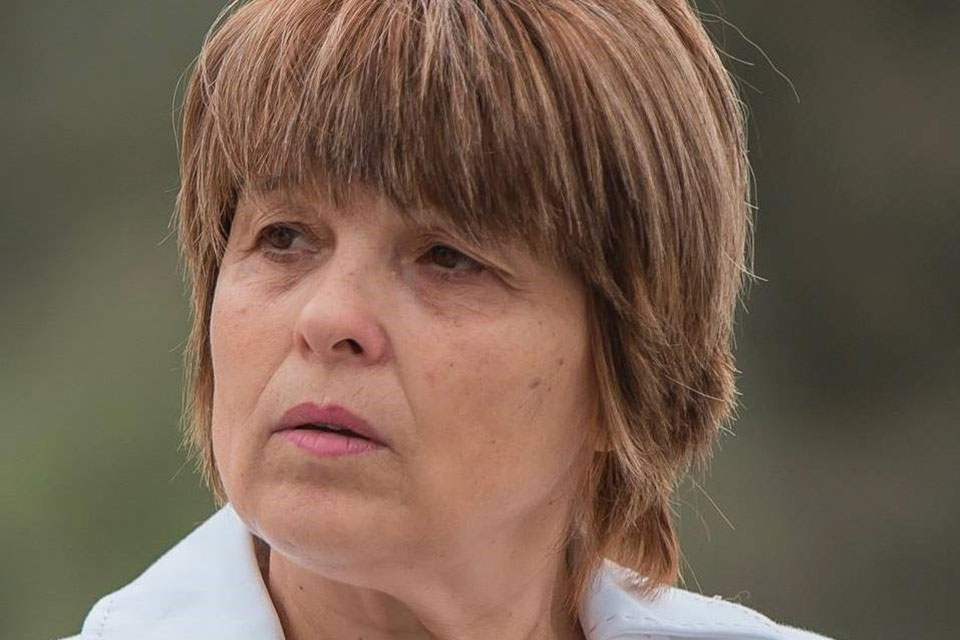 Tatiana Galateanu, mayor of the village of Giurgiulesti in Southern Moldova, oversaw the expansion and revitalization of the local health centre

In the meantime, in the village of Giurgiulesti, southern Moldova, Tatiana Galateanu oversaw the rehabilitation of the health centre, which included the addition of two high-performance devices for blood analysis. The investment in public health infrastructure proved to be a timely and beneficial endeavor when the COVID-19 pandemic hit. Thanks to these measures, along with prompt closure of schools, markets and other public spaces, the infection rate remained low and stable in this rural community.

“When the pandemic started, we procured visors for the health centre, and, from the local budget, we contributed to the opening of the COVID-19 unit at the district hospital in Cahul, procured sanitizers, and provided the necessary protection equipment to kindergartens,” Galateanu shares.

Similarly, much of Galit’s mayorship has focused on improving public infrastructure and opening new avenues for civic engagement. She has organized training to help citizens better understand how the local public administration works and introduced consultations with community members in order to actively engage with them. Through these efforts, new solutions have been identified to resolve issues with Sarata Veche’s solid waste management and water supply, and a new kindergarten has also been opened.

Galit says that, “In the beginning, people were more skeptical about open, participatory governance,” but now, “they are willing to talk about the problems of the locality.”

Fostering the future of women’s leadership

Through their mayoral legacies, Neaga, Galateanu, and Galit serve as role models for women from rural areas, young women, and women in politics. Along their leadership journeys, the mayors took part in various UN Women programmes on supporting women’s leadership, realized in partnership with the Embassy of Sweden.

“I would like to see more women become mayors, local councilors, or leaders in other fields. Women are becoming more involved in various fields. In our locality, but also in the whole country, the stereotype that women should only stay in the kitchen is disappearing,” says Galateanu. 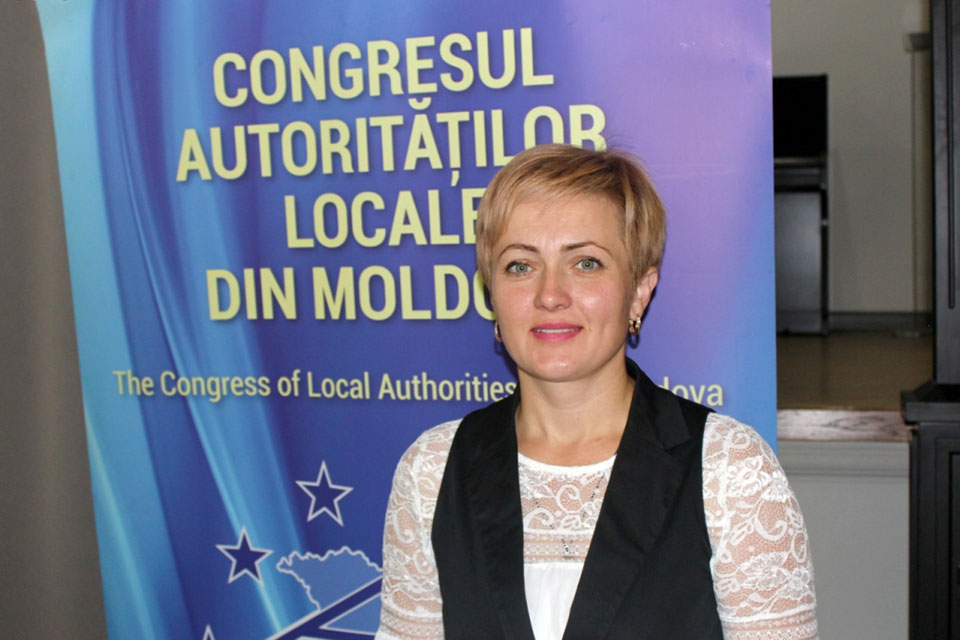 Galit, too, supports the future of women leaders. She recently hosted a virtual study visit for women mayors conducting their first mandates. The visit was part of a series organized by UN Women Moldova, in partnership with Congress of Local Authorities from Moldova (CALM) and with support of the Government of Sweden. Through the series, women mayors have the opportunity to share best practices in building resilience in communities, particularly in the context of the COVID-19 pandemic, which has made it more important than ever to foster and support women’s leadership.

“Inspired by what I saw in other countries, I said that I could change something. I ran for mayor.”

In Moldova and around the world, women are disproportionately serving as front-line responders to the pandemic, shouldering additional unpaid care work, and increasingly exposed to situations of domestic violence.

“National and local recovery policies following the pandemic need to take into account the disproportionate impact on women, the different needs and priorities they have, as well as the diverse challenges they face caused by the existing patriarchal norms and gender stereotypes,” says Stojanoska.

“We at UN Women are glad to see that women in leadership, including women mayors, are successfully defying those stereotypes and serving as excellent leaders in their communities. When women and men are involved in decision-making and work jointly to find solutions, the results are durable and sustainable.”

Related News
Women’s groups to monitor the local elections in Turkey from gender equality perspective
With some electoral gains in Iraq, women candidates work towards change
In Moldova, a woman councillor leads the way in transforming a landfill into a forest
Strengthening Voices for Democracy
Women in power and decision-making: Strengthening voices for democracy
END_OF_DOCUMENT_TOKEN_TO_BE_REPLACED