Take five: We need “initiatives to raise the status of women, led by Muslim leaders” 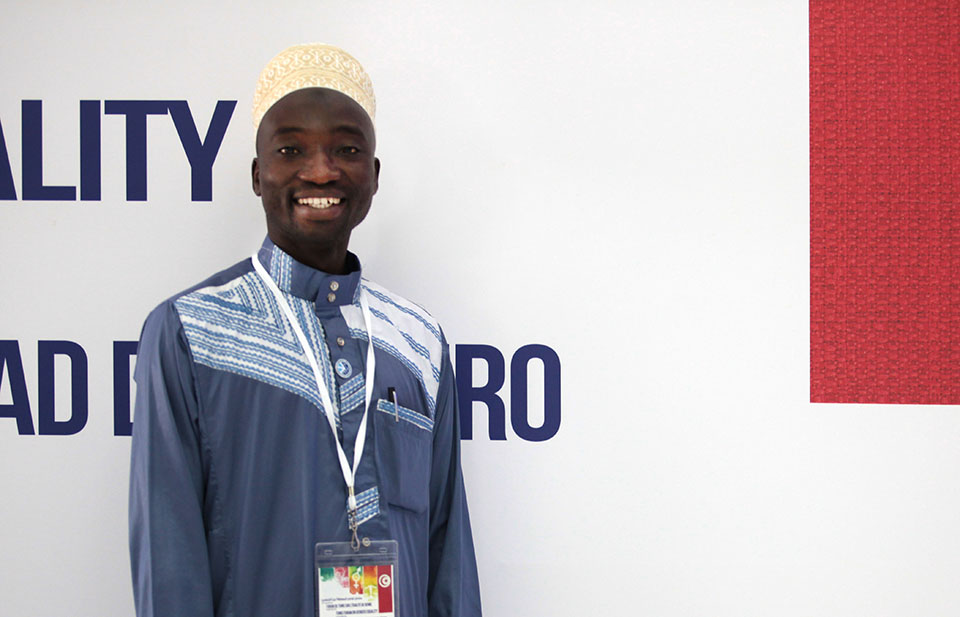 Bukuru Elie Khalfan, President and Legal Representative of the Northern Corridor Alliance of Imams for Humanitarian Development (AICNDH) in Burundi. Through his involvement in the #ImamsForShe campaign—launched in 2015 by the Muslims for Progressive Values Initiative in the spirit of UN Women’s #HeForShe campaign—he promotes women's rights and access to education, as well as women's empowerment through cooperatives. He also organizes debates, training workshops, radio broadcasts, Friday sermons, summer camps, and the interpretation of Islamic texts to ensure equality between the sexes. Khalfan is attending the Tunis Forum on Gender Equality, from 24 to 26 April 2019.

Why do you think it’s important for your organization to raise awareness and promote an understanding of gender equality and women’s rights among religious leaders?

This is very important work because religious leaders have a far-reaching voice and they are usually respected in their communities. Their messages, considered divine, aren’t blocked or edited and are welcomed with open arms by the congregation.

As a young feminist man from the Muslim world, what are the challenges in advancing women's rights?

To answer this question, I would like to explain the situation that Muslim women face in Burundi, which I think is common for much of the rest of the Muslim world. [We see]: the misinterpretation of Islamic texts that always side with men; Burundian culture gives less importance to women, which leads to inequality of opportunities in education, access to work and all social, economic and political arenas… Early and forced marriages, polygamy, and the fact that girls/women have no say in the choice of a spouse. [These] are all obstacles to the socioeconomic development of Muslim women... Hence the need for initiatives to raise the status of women, led by Muslim leaders.

A significant number of Imams have a misogynistic concept of the status of women. ... In general, Burundian Imams have low levels of awareness and, with regard to women’s rights, positions are very divided. There are hostile Imams, others are indifferent and a significant number are naive. The hostile imams call us collaborators of the Westerners.

Next year will mark the 25th anniversary of the Beijing Platform for Action. In your opinion, what has been the progress in terms of women’s rights? What is your message to the world?

My message is that the 25th anniversary of the Beijing Conference offers new opportunities to come together, renew our commitment, rekindle political will and mobilize the public. Each and every one of us has a role to play, for our common good. It is becoming increasingly clear that empowering women is moving humanity forward. For example, economies grow faster and families are healthier and better educated [when women are empowered].

Is the Beijing Declaration and Platform for Action relevant to young people today?

The Beijing Platform for Action is very relevant to young people because they are tomorrow’s decision-makers. The whole world is counting on youth, and that’s why we have to get things moving at all costs—because 60 per cent of humanity is young. With youth involved in implementing the Beijing Platform for Action, the world will flourish and development will increase dramatically.

What are your main expectations of the Tunis Forum that you would like to see reflected in its results?

In the results of the Forum it would be ideal if there were a firm commitment among participants, especially civil society, to effectively promote women’s rights through more consistent and concrete actions. The sharing of ideas and experiences among participants will also help me to redouble my efforts to raise the status of Muslim women in Burundi. [Finally, I hope to see] participants set a deadline for the implementation of the recommendations from the Forum.