This is what leadership looks like: Rewriting Kenya’s laws with Millie Odhiambo 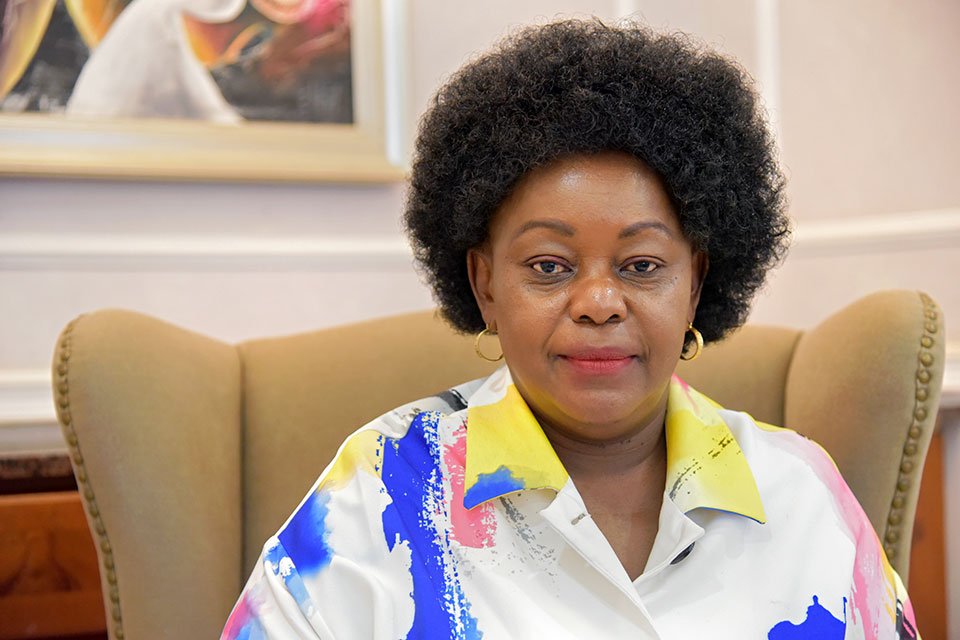 Millie Odhiambo has served as a Member of Parliament since 2008. She will stand for election again in 2022. Photo: UN Women/Luke Horswell

Millie Odhiambo, 55, is one of Kenya’s fearless politicians.

The legal frameworks she has ushered through Parliament provide unprecedented protection for victims of crime. Although sexual harassment and election-related violence often plague women politicians in Kenya, Odhiambo and her peers are proving that women deliver for gender equality and protection of survivors. She is also pushing for enforcing existing quota laws.

“The way sexual offences were handled in court used to horrify me. Child survivors of rape were cross-examined in open court [with] open questioning about their sexual history. I made noise and the judges said, ‘our hands are tied; the law allows it.’ I would be at loggerheads all the time. I was told by magistrates ‘if you don’t like the law, then fix the law.’ And that’s what I did,” says Odhiambo.

“It was not just about awareness or lack of representation – the laws themselves were defective. Gender discrimination was allowed under the old constitution.”

Kenya adopted a new constitution in 2010 and Odhiambo was one of 27 parliamentarians on the dedicated parliamentary committee. She has since introduced a series of legislation to better protect victims of crime, particularly women and girls.

“I’ve been fixing the law, and I’ve fixed quite a bit. I pushed for the inclusion of child rights and women’s rights.

Within Parliament, I introduced the Victim Protection Act. It brings in victim impact statements: asking how a crime impacts a victim’s life. A victim’s fund has also been set up. The judges can now decide, on the spot, to offer compensation. For the first time, we’re looking at the person who is offended.”

“I’ve also focused on simplifying the court process… Lawyers weren’t happy because they wanted the technical language, but when you’re dealing with human rights issues, technicality should not override justice,” she adds.

Quotas work, but they need to be enforced

Kenya’s Constitution includes a ‘two-thirds gender rule’ – at least 33 per cent of parliamentarians should be women, combining nominations to reserved seats and elected seats. However, currently women make up a little over 20 per cent of parliamentarians. Heavy lobbying (and numerous court orders) have so far failed to move Parliament to legislate or amend the gender quota provisions. So contested is the issue that Kenya’s Chief Justice wrote an open letter in 2020 recommending that Parliament be dissolved for its failure to act.

“I’ve been fixing the law, and I’ve fixed quite a bit. I pushed for the inclusion of child rights and women’s rights.”

“If you look at our history of electing women, our pace has been very slow. But, when given a chance through affirmative action, women have proven they can win and they actually deliver. I first came into Parliament nominated, but now I’m in my second elected term,” says Odhiambo.

“Through fast tracked, equal power-sharing, women and men can collectively solve the urgent challenges of our time,” says Anna Mutavati, UN Women Country Representative to Kenya. “We know that gender quotas increase women’s representation in legislatures and other sectors when they are well designed and effectively implemented. What we need in Kenya is full implementation of the gender quota, especially in the national assembly, along with investment in building women’s capacity to compete and lead in politics.”

UN Women’s Women in Leadership Programme, funded by the Government of Finland has been working to increase women’s representation in decision-making since 2014. The programme works with government institutions to support the development and implementation of gender-responsive legal frameworks, builds leadership capacity of women leaders aspiring to join politics, and raises awareness within communities about women’s right to political participation.

In 2019 and 2020, UN Women also supported the development of a Women in Political Leadership curriculum and training manual, together with the Ministry of Public Service and Gender and Echo Network Africa (ENA). This year, 100 women who aspire to run for election in 2022 have completed the course.

While she appreciates the importance of education and training for grass-roots women candidates, Odhiambo brings into focus another important issue to tackle –violence in elections: “We need UN Women and the international community to be vocal not just for equal representation but to stress the need for peace and non-violence during the next year.”

Elections precipitate violence in Kenya, and Odhiambo is one of many women previously targeted. Since taking office, she has also faced sexual harassment from male peers.

“I’m trying to demystify sexual harassment and violence as a tool against women politicians… My house was burned down, my bodyguard was killed. Looking ahead to the next general election is worrisome. Already, you can see candidates being heckled, people being beaten – and we’re still a year away...” says Odhiambo.

“There are laws, but the parties need to be more committed and promote discipline… it requires nothing short of prosecution. It basically [all comes down to] whether we implement our laws or not.”

Related News
27/06/2014
Women in power and decision-making: Strengthening voices for democracy
13/09/2013
Strengthening Voices for Democracy
19/04/2013
Zimbabweans say yes to new Constitution strong on gender equality and women's rights
28/03/2013
Women elected to one-fifth of seats during Kenyan elections
10/03/2021
This is what leadership looks like: Meet Mzuri Issa, breaking down social barriers to women’s leadership in Tanzania, using the media
END_OF_DOCUMENT_TOKEN_TO_BE_REPLACED