Today UN Women joins people around the world in calling for an end to female genital mutilation (FGM). We applaud the thousands of communities that have made public declarations to abandon this harmful practice.

While progress is being made, up to 30 million girls under the age of 15 remain at risk, and some 125 million girls and women have undergone the procedure.

FGM violates the basic rights of women and girls and seriously compromises their health. It poses increased risk of HIV transmission, infection or prolonged bleeding and increased risks during childbirth. It leaves lasting physical and emotional scars.

While the practice of FGM is a tradition in some parts of the world, it cannot be justified on the grounds of religion or culture. It is a violation of human rights and a manifestation of gender inequality.

To end FGM, leadership is needed at every level, from Governments to community and religious leaders, medical professionals and families.

In our work, UN Women is guided by international treaties and agreements, including the UN General Assembly resolution calling for the total elimination of female genital mutilation. To make greater progress, laws need to be enforced, people need to be educated, and communities must be engaged.  And girls and women who are at risk, or have undergone the procedure, need support and services.

Today, as we commemorate the International Day of Zero Tolerance of Female Genital Mutilation, UN Women calls for intensified efforts to stop the practice in all its forms. We pledge to increase support for efforts to prevent female genital mutilation, and advance gender equality and human rights, including the right to sexual and reproductive health and to live free of violence and discrimination. 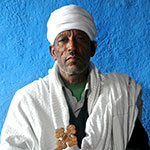 In Ethiopia, church bells ring for women and girls
Religious leaders in the Ethiopian Orthodox Church are raising awareness against violence against women and girls among their peers and among gender clubs for girls in schools, while offering vocational training for survivors. 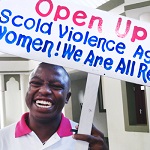 In Tanzania, a caravan of activists confront female genital mutilation and violence against women
On the International Day of Zero Tolerance to Female Genital Mutilation, we feature the efforts of Tanzanian activists who travelled by bus across the country, giving workshops, performances and urging people to raise awareness around violence against women and harmful traditional practices. 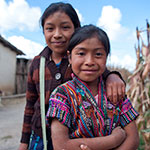 Breaking the silence on violence against indigenous girls: UN report calls for urgent action
A new study launched during the XII Session of the UN Permanent Forum on Indigenous Issues, reveals that indigenous girls have a greater risk of experiencing violence due to the multiple and intersecting forms of discrimination they face. 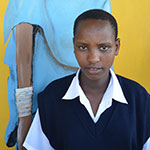 Escaping the scourge of FGM in Tanzania: a Maasai girls’ school provides scholarships for those at risk
At a school near the town of Arusha, 86 girls –many of whom would otherwise have been married or subjected to FGM– have been given scholarships with full board to ensure they complete a minimum level of education. 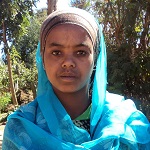 Ethiopian girls speak out against arranged marriage: the story of Fetura Mohammed
With the help of a local rights programme in Ethiopia, a brave 14-year-old girl testified against her father in court to avoid being forced into an arranged marriage.

Related News
22/04/2015
In the words of Edith Chukwu: I want to see a world free of violence against women and girls
04/02/2013
Message of Michelle Bachelet for the International Day for Zero Tolerance of Female Genital Mutilation
28/11/2012
Escaping the scourge of female genital mutilation in Tanzania: a Maasai girls’ school provides scholarships for those at risk
20/05/2021
I am Generation Equality: Martha Clara Nakato, advocate for bodily autonomy and sexual and reproductive health rights in Uganda
18/02/2020
I am Generation Equality: Abel Koka, champion for youth and reproductive rights
END_OF_DOCUMENT_TOKEN_TO_BE_REPLACED