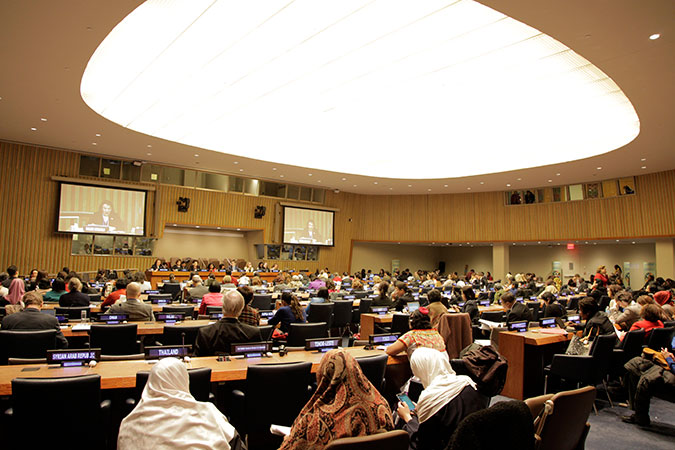 At CSW60, for the first time, 10 Member States submitted voluntary reviews of their progress towards the historic Agreed Conclusions from the fifty-seventh session of the CSW (2013), which focused on ending violence against women. On 15 March 2016, Brazil, China, Costa Rica, Egypt, Estonia, Japan, Romania, Sweden, Tunisia and Turkey presented their own self-assessments of how far they’ve come. Five of these countries signed on to UN Women’s Commit initiative, launched in 2013, pledging to undertake specific measures to address and prevent violence against women and girls. And eight of these countries have joined UN Women’s more recent Step It Up initiative, making national commitments to close the gender equality gap in a range of areas, some of which relate specifically to ending violence against women.

Read each country’s voluntary presentation, and find links to their promises to take concrete action to end violence under Commit or Step It Up initiatives: